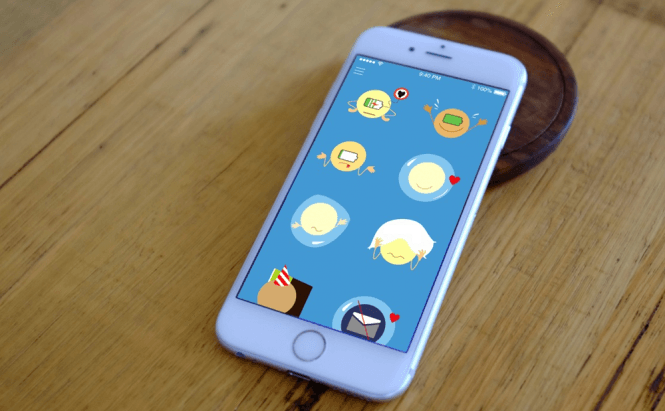 Emojis are pretty cool, but they aren't always enough to express the more complicated feelings and emotions which are a part of the human spectrum. This is why a California-based artist and designer Rebecca Lynch came up with the idea of Introji. Since she is trying to make her project available to as many people as possible and turn it into a real app, Lynch decided to get some crowd support with the help of an Indiegogo campaign. With 21 days left, her goal of gathering $4,325 USD is $320 short of becoming a reality.

According to Rebecca, the idea for Introji came from her personal experience. As a person who works in a library, she often felt the need for solitude or quiet company, but, as she found out, those things are very hard to express without being misunderstood as an insult. By the time it is completed, the final app will have a total of 40 Introji comprised of the best ones from the original set and a number of new ones created at the suggestion of the crowd. Most of the ones I've seen so far depict activities, such as reading, sleeping (charging) or playing games. Apparently there's also one that's supposed to mean observing, but I couldn't find it. According to the designer, the final app will be available for iOS as well as for Android users and will be ad-free. To use it, all you will have to do is to select the Introji that you want, and then choose how you want to share it: via text message, email, WhatsApp or Facebook.

To find out more about Introji or support the project, you can check out its Indiegogo page by clicking on this link.