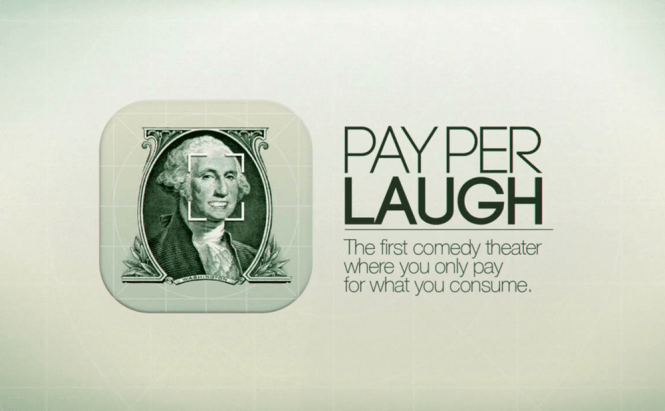 Most of the times we pay exactly for what we get. You pay for one kilo of meat - you get one kilo of meat, you pay for 20 gallons of gas - you get 20 gallons of gas. So why should entertainment be any different? In Spain, a comedy club is using facial recognition software to charge their customers by the number of times they laughed during a show.

The The Teatreneu Club in Barcelona gave iPads to members of the audience willing to participate in the experiment. Using facial recognition software, the devices which were attached to the seat in front of the customer, captured each laughter and tracked the total number of laughs. If you were wondering, the price was set at €0.30 (approximately $0.40)  per laugh.

In case you are one of those people who just can't stop laughing, you don't need to fret about losing your entire savings account. The club had set a maximum price limit and once a customer would reach it, all the rest of the laughs were on the house. On the other hand, if your poker face is solid and you generally laugh more on the inside, you might get away with a very enjoyable experience for just a few cents.

The experiment is trying to counter the plummeting audience numbers caused by the governments increase of theater tickets taxes. The good news is that the pay-per-laugh system was a success increasing the price and bringing a larger crowd to the shows, so other theaters are looking to use it as well. However, there are a few comedy club owners who are still on the fence about implementing the system.