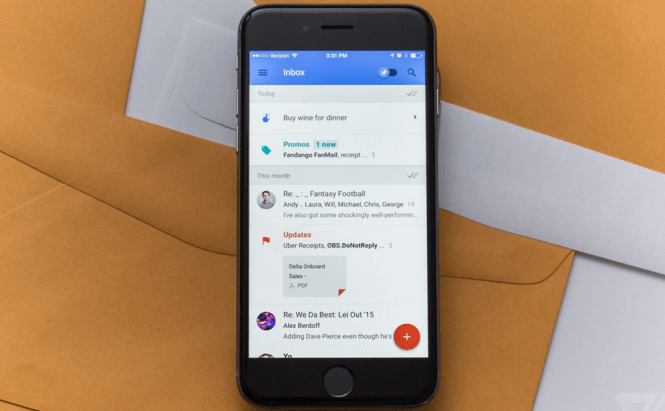 Google's Gmail app was already one of the best by my standards, if not actually the best of its kind. However, the Mountain View-based company decided not to stop there and created a new application called Inbox which will offer its users a better way to organize their emails.

Inbox isn't as much a replacement as simply a 'co-worker' for the Gmail app. The application can create categories out of similar emails, it is capable of highlighting important information, and it also gives you various notifications and "heads ups". Furthermore, the app is also able to prioritize your mails and display them in the order of their importance.

The features I really liked are the possibility to integrate updates from other websites into your e-mail in real time, the ability to see fact-based details (attachments, phone numbers, etc.) at a glance, without having to actually open the respective e-mail and the fact that you can snooze the notifications to show up at a specified later time or when you are in a certain location.

Developed by the same team which created the Gmail app, Inbox is designed to work on Android JellyBean or newer versions and iOS 7.0 or newer. If you don't have a problem with Chrome, you can also use Inbox on any computer as a browser-based app. At the moment, Inbox isn't available to the general public, being in its first round of invites for tests. If you want in on the action and be one of the first to test the new app, you will have to email Google at inbox@google.com to have a shot at trying it out.

Interesting concept, although I'm not a big fan of GTD ideas.

It seems like you've tried it already, I appreciate a lot a comparison between Inbox & Windows Live Mail which, according to the description above, are supposed to have many similarities. So anything that helps forming an idea about this new Google app ,comparably, will be welcome!