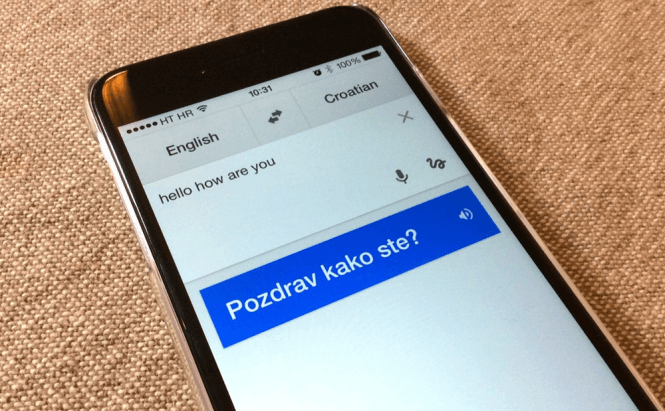 The Google's Translate app is already one of the most utilized products developed by the company on Android and iOS devices, but that doesn't mean there isn't room for improvement. It seems that IT giant had that same idea as it recently announced a major update for the application which should drastically increase its functionality.

The biggest improvement lies in Word Lens integration. For those of you who aren't familiar with the subject, Word Lens is a function which enables the Translate app to automatically "read" and translate printed texts such as street signs, restaurant menus, price tags, etc. Google acquired the company that developed Word Lens in May 2014 and now it's going to finally make use of the product by including it in its services. To use this feature, all you have to do is tap the Camera button while using Google Translate, point the lens at the printed text and a written translation will appear on your screen in a moment. In the previous versions of the app, you had to take a picture and highlight the text that you wanted to translate by swiping your finger over it, but this is no longer necessary.

Another important part of this update is related to the improvements brought to the conversation mode. Real-time translations are now faster and more accurate than before. To be completely honest, I haven't had the chance to actually test this out, so I will just have to take Google's word for it. How it works: you choose your language and the one of your interlocutor, then the tool automatically recognizes which of the two languages is being spoken (previously you would have to manually select it) and translates. Unlike with texts, the app isn't capable of automatically recognizing the tongue being spoken, so you will first have to know what language the other person is speaking, select it and the app will take over from there.