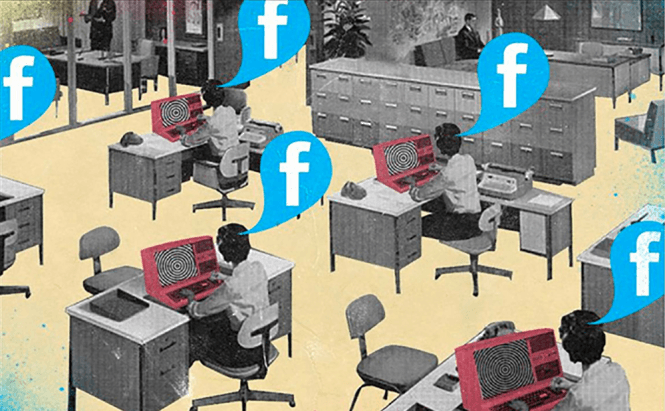 Since most people already spend a lot of their time at the office on Facebook (and those who don't wish they could), the social network is getting ready to launch an app called Facebook At Work, specifically designed for inter-office communication. Even though this product is already being tested by a few companies, Facebook didn't yet announce an official launch date.

From what is known, Facebook at Work will have a look that is very similar to company's traditional apps and website. Users will be able to connect their Facebook at Work accounts with their day-to-day ones from Facebook, but the two will be completely separate, so your co-workers won't have access to you private information, pictures and real-life friends. This upcoming product is a stand-alone with its own website as well as Android and iOS apps.

Work will provide its users with the usual Facebook tools such as likes, comments and private messages, but at the moment there is no news about third-party apps integration. I'm thinking this is a deficiency which the IT giant will soon be looking to fix. Being a service specifically designed for businesses, the product should include several necessary functions, such as documents collaboration or tasks sharing, etc. in order to be competitive with the other products that are already on the market.

As far as the price goes, I don't exactly know what to tell you. At the moment, Facebook at Work is regarded as a free-to-use product, but the future is pretty uncertain. From what the IT giant officials told TechCrunch, the company is still pondering whether it should include ads or make it a subscription-based service.

I need this soft.