2014 has brought us many awesome movies and TV shows. Here are the top ten most pirated production of the previous year. 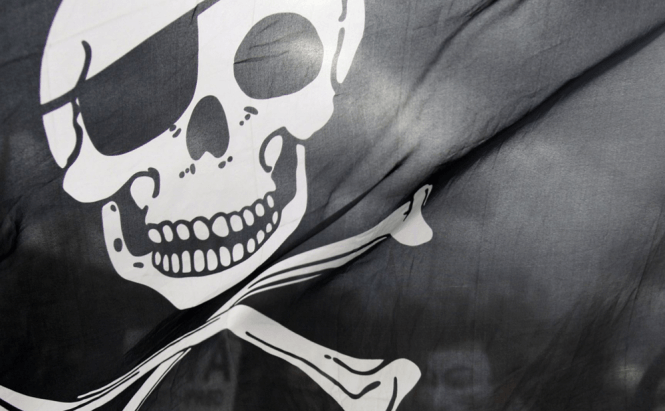 Since a lot of people hate the grossly overpriced popcorn and sodas at movie theaters, Internet piracy is still a really big thing. Most specialists measure a movie's success by its box office income but the number of times a film has been pirated is also a very good indicator of how much the audience wants to watch it. When it comes to TV shows, there are a lot of television channels that aren't available in certain countries through legal means, so the only way to watch them is download them from a torrent website. Here are the ten most pirated movies and TV shows in 2014.

This top is based on the data provided by TorrentFreak, but many other news websites speculate that the number of downloads is actually much higher than what is officially shown. Premiering on FOX this September, Gotham has quickly proven to be one of the best TV shows that you can find. Based on the characters from DC Comics' Batman series, the show tells the story of the Gotham city in turmoil, immediately after the murder of the Wayne family, when Bruce was just a child and The Dark Knight didn't yet exist. The main character is James Gordon (played by Benjamin McKenzie), a by-the-book kind of guy, an ex-soldier who wound up in Gotham's police force. Besides the plot and the well-thought-out characters, what impressed me about this show was the CGI behind the construction of each scene.

3.2 million people have downloaded this show.

9. How I Met Your Mother How I met your mother

Produced by CBS, How I Met Your Mother is a sitcom that seemed to be strongly inspired by Friends. Basically, the entire show is based on a story that one of its main characters (Ted Mosby) tells his two children about how he met their mother. The comedy takes place in New York and shows us the day to day of five friends who stick together throughout various mundane situations. By most people's account (mine included), the character that stands out the most is Barney Stinson played by Neil Patrick Harris who delivers "legen... wait for it ..dary" performance. If you like sitcoms and you haven't seen The Big Bang Theory, then you really should. Just, you know, don't download it from illegal sources. Produced by CBS, this show is a comedy which follows the lives of two flatmate physicists Leonard Hofstadter and Sheldon Cooper, their female friends Penny (aspiring actress) and Amy Farrah Fowler (neuroscientist) and two other friends - Howard Wolowitz (aerospace engineer) and Raj Koothrappali (astrophysicist). What makes the show funny is the social awkwardness of the main characters, most of them (with the exception of Penny) being quite geeky. What makes a TV show great? A world-wide pandemic, zombies and some really well-written characters seem to be the guarantee of success. AMC's The Walking Dead is one of the more interesting shows I've watched. The story starts out as a classic horror movie where a cop (Rick Grimes) wakes up from a coma into a flesh-eating zombie infested world, where most of the population is either dead or undead. Besides the many tense situations and action-packed scenes, what makes this movie interesting is the evolution of its characters, from regular human beings to actual survivors. Furthermore, a funny aspect for me was that after the first two seasons where everything was mainly about the struggle to avoid and fight zombies, by the 5th season, the undead became just a part of the day-to-day fauna. HBO continues to make the best TV shows as Game of Thrones is the most pirated television series for the third consecutive year. An adaption of the fantasy novels written by George R.R. Martin (A Song of Ice and Fire), the TV show follows the struggle of several factions in their fight for supremacy and the Iron Throne. I may be a bit biased as I am a fan of GoT, but this show is so good that I've lost the capacity to understand people who don't even want to try watching it. However, if you are new to this show, a little word of advice: try not to get too emotionally attached to any of the characters.

5. The Hobbit: The Desolation of Smaug The Hobbit: The Desolation of Smaug

Made by the same guys who produced the Lord of the Rings trilogy and also a Tolkien adaptation, The Hobbit trilogy was immensely successful at box offices as well as on torrent websites. I didn't like the movies all that much, and how could I? It's pretty cool to make three movies (The Fellowship Of The Ring, The Two Towers and The Return Of the King) from three books, but coming up with a trilogy from a single book which has less pages than any of the LotR books is really pushing the envelope. Don't get me wrong, the movies are quite nice, with lots of good acting and beautiful CGI (especially The Desolation of Smaug) but when watching the movies takes longer than actually reading the book, you tend to start questioning things. A wonderfully directed space adventure movie, Gravity depicts the story of two marooned astronauts who are trying to return to Earth. If you are wondering about how good this movie actually is, I will tell you that it features two of my favorite actors - George Clooney and Sandra Bullock - and it received a whooping ten nominations at the Academy Awards. Gravity has won seven Oscars: Best Director, Best Visual Effects, Best Cinematography,  Best Original Score, etc. An already well-established franchise, the 2014 remake of Robocop was bound for success from the get go. I'm not really sure what to tell you about this movie except that it looks great, the acting is pretty good, but the script isn't really that awesome. According to its critics, Robocop 2014 lacks the amount of violence its predecessor has shown and offered a lot less satirical elements. Furthermore, the characters are pretty linear as they don't develop at all throughout the whole movie. One of Disney's most successful creations, Frozen is a 3D computer-animated musical fantasy-comedy film. (That's a mouthful, isn't it?) Acclaimed by critics and fans alike, Frozen gathered $1.3 billion from box offices around the world. The movie tells the story of two sisters (princesses) in their quest to find each other. Elsa, the older sister, has magical powers (somewhat similar to the Snow Queen) and is afraid of the fact that she can't control them, so she runs away and locks herself in a magically created castle. Anna, the younger and much more outgoing sister, sets out to find her. There are very few negative aspects when it comes to Frozen, but these are the ones that really got to me: throughout the whole movie we have no idea what's with the trolls in the story (except their healing role) and the songs remained stuck in my head for a long while (especially Let it go).

1. The Wolf of Wall Street The Wolf of Wall Street

The Wolf of Wall Street is a black comedy directed and produced by Martin Scorsese and staring Leonardo DiCaprio. The movie received five Academy Award nominations for Best Director, Best Picture, Best Screenplay, Best Actor and Best Supporting Actor, but didn't win any of them. The Wolf of Wall Street depicts the rise and fall of a broker named Jordan Belfort whose successful climb to money and success takes him to a decadent lifestyle of drugs and prostitutes. His pump and dump scams put the FBI on his trails, and now he must try to find a way to hide his fortune from the grubby hands of the feds.