What you need to know about hard disks and the peripherals required to set up a computer. 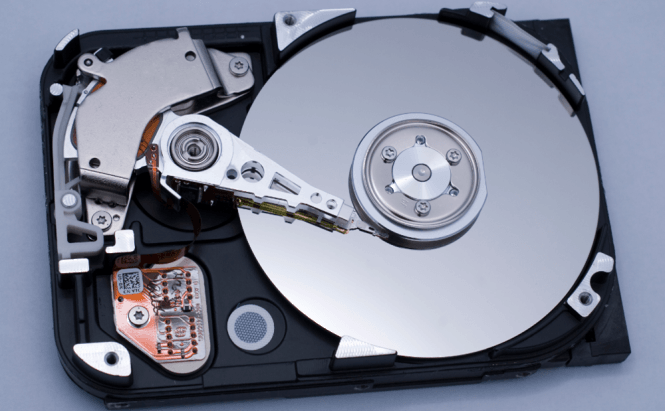 A hard disk, or HDD, is the hardware component in charge of storing all your data. This is where you keep your operating system, your programs, documents, media files, etc. Most HDDs are described as non-volatile storage units, which means that the contained data does not disappear when the electrical power sustaining the component is unplugged (when you shut down or restart the computer). There are three main types of hard disks: ATA, SATA and SSD.

ATA (sometimes called PATA - Parallel ATA) is pretty much obsolete and very few people are still using it. SATA (Serial ATA) is an HDD type which is much faster than its predecessor, offering a significantly higher writing/transfering speed and reduced power consumption. SSD is a modern type of hard disks which is much better than the other two, but also much more expensive.

In simple terms, ATA and SATA hard disks encase several magnetic circles which provide the means for something we call storage space. SSDs (solid state drive) employ an entirely different concept, storing data on an organized array of semiconductors, which makes SSDs more preferable to use than HDDs. Unfortunately, the relatively new technology required for creating SSD disks makes them much more expensive than the other ones, which is why it is recommended to balance things out by using a relatively small SSD for booting and storing the operating system and complement it with a secondary SATA hard disk for the rest of your programs, games and other files.

Furthermore, hard disks can be external or internal. External HDDs imply having an external connection (through a USB port, for instance) and are easy to carry around, while internal ones are built to work from the inside of your case using a SATA or ATA connector and are a bit less portable.

Now that we've cleared that up, I'm going to elaborate more on the technical specifications associated with hard disks and what those actually mean, so that it's easier for you to make up your mind when buying an HDD:

The most trustworthy brands are Hitachi, Western Digital and Seagate. Now I'm going to go against a popular opinion you hear on the Internet: if you have the option, I recommend choosing Hitachi over Western Digital, because they have proven to be much more durable in my personal experience. At one point, I had to replace my WD hard disks on a yearly basis.

The peripherals you need to finish setting up your computer are something you are already familiar with: display, keyboard, mouse, speakers and/or headphones. As for the brands and types of products to choose, it's really up to you, what you want to use the computer for and how much money you want to invest being the two major factors. Additional peripherals you might need are printers, webcams, microphones, modems, etc.

I hope this helped and, if I missed anything or in case you have any question, hit me up in the comments section below, and I will try to answer them in the final article of the series.