Intel's Sophia Smartphone Could Be "The Next Big Thing" 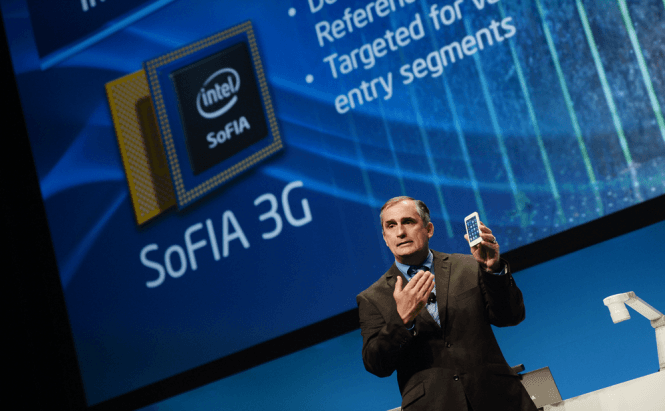 Intel's Sophia Smartphone Could Be "The Next Big Thing"

Sofia is a new chip model designed by Intel for low-budget smartphones. According to sources from the company, the phones made with this device could cost as little as $50 on new up-and-coming markets such as Indonesia or Malaysia.

First announced in December 2013, the chip is set to hit the market at the end of 2014. The company plans to aggressively re-enter the mobile market using an approach completely different from the ones its rivals use. Instead of fighting to create the best and the most "good-looking" phone, Intel's thinking is to create a smartphone that is capable of satisfying the user's needs at a reasonable price.

Sofia integrates a dual core Atom Silvermont processor and a 3G modem into a surface of 28nm. Furthermore, it is said that the next version of this chip family (Sofia Lite) will include quad core processors. So far, Intel did not reveal too many details about the tech specs, excepting that it will be on equal footing with its competitors.

In Intel's perspective, the key to the low cost of Sofia is integration. Furthermore, although the modem and processor are crammed together, the Bluetooth, GPS, Wi-Fi etc. are part of a different RF chip. The choice to include or exclude certain parts will allow the manufactures to create phones targeted at a certain budget.

In my opinion, a $50 smartphone doesn't sound bad at all, especially for countries with low purchasing power. Moreover, if this project is well-received on the market, it may open the gates for a new generation of better and cheaper phones, which surely is a win for the average buyer.

Previous story Can You Hear Voices? Next story YouTube Celebrity PewDiePie Got His Own App

The Intel Sophia smartphone will clearly emulate a popular gadget among the large multitude of people in the today's world.