Is Android TV a revolution? 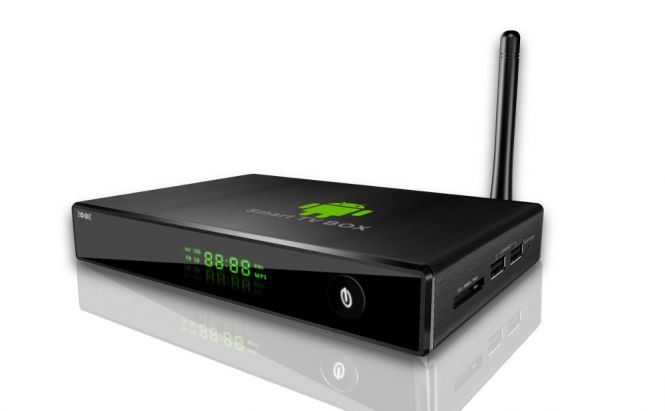 Is Android TV a revolution?

In my previous article I wrote about Netflix and how it's changing the nature of what we are shown in entertainment and how we want to view it. But let's talk about something more technical, like content and interface. Traditional television is horribly obsolete in this aspect, as linear channels and pre-determined content streaming seem like barbarisms in our day and age. It's similar to listening to vinyl records instead of a 5.1 high-quality sound system. Some may enjoy it, but most of us stick with progress. Old-school TV just doesn't cut it anymore. So, there are those who are happy to provide an alternative. For all their advantages, YouTube and other traditional online streaming services cannot compare with television in scale and diversity. They cannot replace the giants that are TV networks, they can only add to them. People in Google understand that, and thatis why they created Android TV. This small TV platform lets you combine your traditional television with online video networks. Basically, it goes one step beyond its predecessors to make television truly interactive. Not only can you record and select what you like, you can also extend your reach to all media. games, online videos, TV programs — everything is in your grasp. Android TV lets you access Google Store and download any useful application and game, connect to the good old Netflix and many more. On-demand delivery of content reaches the next stage in its evolution with this service, and borders between gaming, video and Internet broadcasting become less and less visible. Although the ability to pair online streaming with linear TV has been just announced, it its easy to predict the way in which things will go.

Another player in the field is Apple with their long-suffering Apple TV. This is an attempt to create an alternative to content monsters like Google's product, but so far there has been very little success. Apple can offer you access to movies, radio, new episodes of your favorite shows or access to already established networks like Netflix (all roads lead to Netflix, it seems) or HBO. However, what it can't offer is the abundance of apps for your interactive TV and the freedom to sync different media into one big melting pot. It's shockingly poor: less than 70 apps available through Apple TV against over 600 on Android TV. Of course, browsing for apps through a TV set isn't the easiest thing to do, but Google managed to find a way to make it comfortable. Apple, however, is still in the process of gaining broadcasting rights, they are far from perfecting their creation. It's only logical: Google had failed with Google TV before, they learned from their mistakes. Apple, no matter how influential, is just a newcomer.

When it comes to making a good interactive TV platform, it all boils down to what you are prepared to offer. People in Google know their audience, they offer as much as humanly possible, breaking the established order of things in the process. Will their attempt at globalizing interface destroy the separation of medial platforms like gaming consoles, TV and computers? It is possible, in theory. If you can acces apps and put your streaming next to the ABC network, why not? Other giants may be more rigid, but even they yield before the pressures of our time. Who would have thought a decade ago that a console would support online updates and user networks like Xbox Live? Who could have imagined in the late 90s that games would be distributed via Steam? Those are all signs of a great change, symptoms of the media singularity to come.

The question is: should we welcome it?