Meet Glow, The Earbuds That Flash In Sync With Your Music 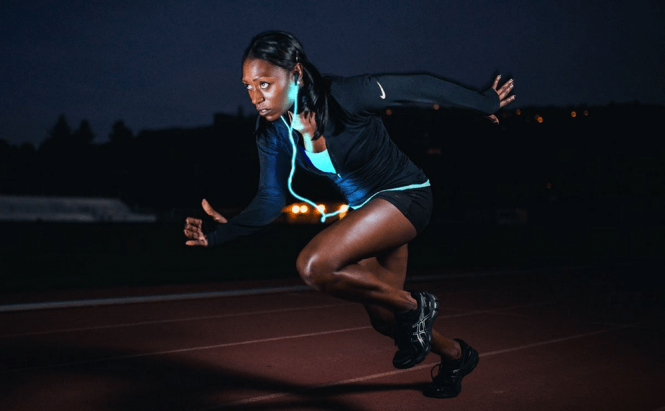 Meet Glow, The Earbuds That Flash In Sync With Your Music

If you've ever been to a club or to a decent concert, you know how well music and laser shows work together. So it was only a matter of time until people would ask themselves why they need to go to a club to enjoy the combination of music and lasers instead of being able to do it anytime they feel like it. From now on, this is no longer true as Glow is an upcoming product which aims to provide a solution.

The Glow earbuds light up in the rhythm of the music that they are playing. Actually, it's not just the earbuds (as that wouldn't be very visible for long-haired people), but the entire length of the cord flashes green, red or blue. The actual cool thing about this headphone is that the cords are made from Corning's Fibrance material. This means that these earbuds are the first in the world to use actual laser lights. Furthermore, if the project makes enough money, the developers promise to enhance its functionality and make the earbuds flash in sync with your heart beats or with your steps.

At the moment Glow is in middle of a Kickstart campaign designed to raise enough money for the product to enter mass production. With over two weeks of founding left, it already managed to gather $73,000 over its $100,000 goal. To be totally honest, the functionality that the prototype offers is quite impressive. According to its creators, the headphones include a heart monitor, accelerometer and calls answering button, can be controlled through Google Now and dedicated apps will come for all the major mobile operating systems. But in all fairness, I can't help but question the main goal behind Glow. On the Kickstarter page (which can be found here) it says that these earbuds will help you stand out at parties, but what special kind of person listens to his or her own music on headphones at a party? Furthermore, according the same description, the earbuds will also make you perfectly visible at night, which is very helpful if you ever get marooned or lost, otherwise, if you are a woman running alone in the park at night (like in the image), you probably don't really want to stand out that much.