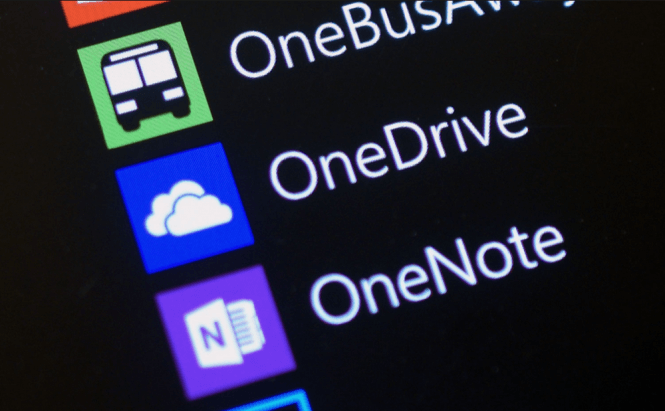 In a recent post that appeared on the OneDrive blog, Microsoft has announced that it's ditching the unlimited cloud storage plans for Office 365 Home, Personal and University users. Starting immediately, all the unlimited storage accounts will be changed into 1TB accounts. Those who exceed that previously mentioned capacity will be notified and be allowed to keep their data on the cloud for 12 more months. Furthermore, coming in 2016, free plans for new and existing customers will only include 5 GB (instead of 15), the 15 GB free camera roll space will no longer exist, and the 100 and 200 GB plans will be erased from the grid.

If things are still a little bit unclear about the change to the unlimited storage option, here's how it's going to work. Existing Office 365 Home, Personal and University subscribers will have a limit of 1TB instead of the unlimited storage space they originally paid for. Those who already have more than 1TB stored on their accounts will be notified about the change and can still add or access the files on OneDrive for 12 more months (starting with November 2nd 2015). After that extension period has ended, those people will have 6 more months in which they will be able to freely access and download files from their account, but will no longer be able to add any new ones. If after 18 months, they still have more than 1TB stored on OneDrive, their accounts will be locked and after 24 months the quota still isn't met, all their data will be deleted.

As you might have guessed, OneDrive users have already started to manifest their dissent to this change, and rightly so. Firstly, Microsoft didn't say anything specific about those who have paid for unlimited storage plans, but currently have stored less than 1TB on their accounts. Since there is no specific mention, the only logical conclusion is that the accounts in question have been automatically limited to 1TB, despite the fact that when they agreed to pay for the service the circumstances were different.

Microsoft stated that this change is because of a few users who have abused the unlimited space notion and stored up to 75 TB on their OneDrive accounts, so I can somewhat understand why the company felt the need to put an end to this. However, I don't think that Microsoft has the right (legally or morally) to modify an ongoing contract without the consent of the other party involved. Furthermore, what company in its right mind would brag about offering something and then complain about the fact that its customers are actually taking advantage of that offer? If a hotel would convince its customers to pay for a 7-days all-inclusive stay and, in the 3rd day, would start making the customers pay for food because someone ate too much that hotel would be out of business in a heart-beat. Shame on you, Microsoft!

In case you are a disgruntled OneDrive customer who's looking for a better alternative, check out Nordine's "Top 7 Cloud Storage Services" article.

Previous story Google's Inbox service to offer a Smart Reply feature Next story Facebook will be building teleports. Sort of.