Microsoft Claims Bing is Twice as Good as Google

Microsoft has started a new massive campaign to prove that the only reason why people still use Google for their web searches is that they're simply... 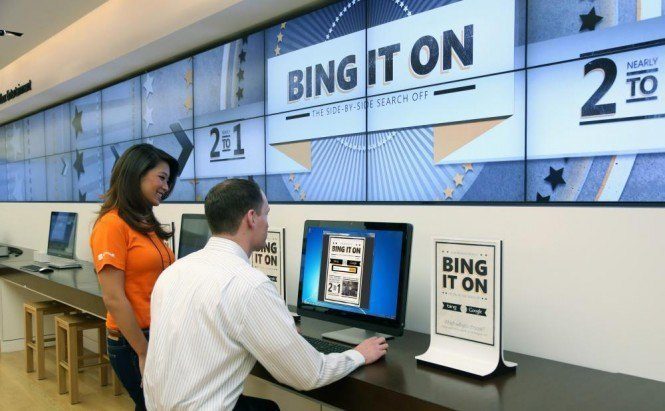 Microsoft Claims Bing is Twice as Good as Google

Microsoft has started a new massive campaign to prove that the only reason why people still use Google for their web searches is that they're simply used to it. The major evidence for Bing's superiority over the Mountain View giant is a comparison of search results that any user can make on BingItOn.com

As Microsoft claimed in their Bing community blog, the decision to launch the Bing It On campaign didn't come out of the blue. The scientific basis for it was a study conducted by Answers Research, a San Diego-based research company. According to this research, people tend to choose Bing search results over those by Microsoft in about 66% of the blind comparison tests.

The test was commissioned by Microsoft itself, which definitely lowers its credibility in the eyes of many people. Besides, the data involved in the test 'excludes ads, Bing’s Snapshot and Social Search panes and Google’s Knowledge Graph.' Another criticized point is that the site doesn't feature any data reflecting user voting or contain any precise research figures. In all of the test comparisons between the two search engines, carried out by four SI editorial staff members, the victory was Google's. It doesn't stop Microsoft from starting a large-scale offensive against its major search competition, launching the BingItOn.com website. The site allows its users to compare the search results returned by the two engines side by side and vote for the best ones. After voting for five search queries, the users get the final results. The website got a massive support with nationwide TV commercials and an online advertising campaign. The major attraction point for the users are the prizes they can get in sweepstakes launched by Microsoft under this campaign, including Microsoft Surface, a Windows Phone and a copy of Windows 8 among them.

Update: just before publishing this article we found out that the BingItOn.com is now redirecting to bing.com. 1:0 for Google?

I think it is very useful

I think Bing is more useful because it loads pages faster than Google.

Sorry, I don't get "the links I am looking for" ANY time I have used BING.

Google. I also have 4.0 in this battle, The reason is that Google gives more precise answers in comparison to Bing which results are quite watery.

–  10 years ago  –  Was it helpful? yes | no (+1)
Useful Android applications
Interesting stories