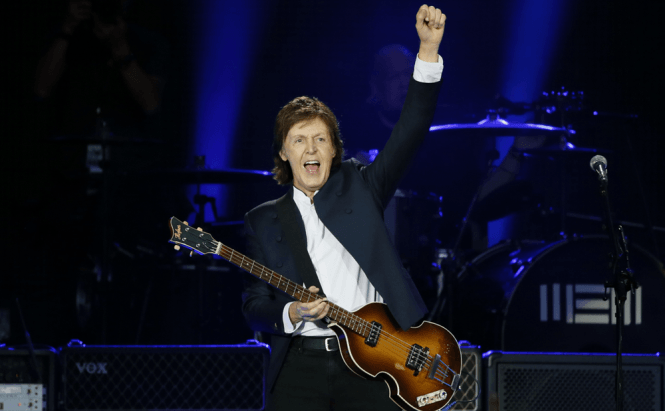 As we all (unfortunately) know, Valentine's Day is closing in and this means that most people are desperately searching for new ways to express their love. To make things easier for Skype's users, Microsoft has asked for the help of the well-known musical genius, Sir Paul McCartney. The former Beatle helped the IT giant create ten animated emojis, all of them trying to express a love (more or less) message. To access the 'Mojis' (as they are being called), all you have to do is to go to the application's emoji collection, then select the "Love Mojis" category (it has a heart icon) and choose the one that you want. The music from the Love Mojis has been created entirely by Paul McCartney, but don't get too excited. These are short, non-lyrical musical moments and, with a single exception where the artist sings a "Do Dee Dooh", his voice isn't in the mix. For those of you who are younger than 30, Paul McCartney isn't just that "old dude" that appeared with Rihanna and Kanye in the FourFiveSeconds video. Sir Paul McCartney was the bassist of one of (if not the biggest) rock bands in the world: The Beatles. Microsoft Group Product Manager, Stephen Abrahams, stated that he hopes that he can bring in Sir McCartney for more Skype animations, and it's easy to see how a future collaboration between the music legend and Microsoft could be mutually beneficial.

In case you're someone who enjoys using Skype, you might also like our previous article: "Top tips & tricks to master your Skype". If you aren't, then maybe you should take a look at the 5 best Skype alternatives to use at work.