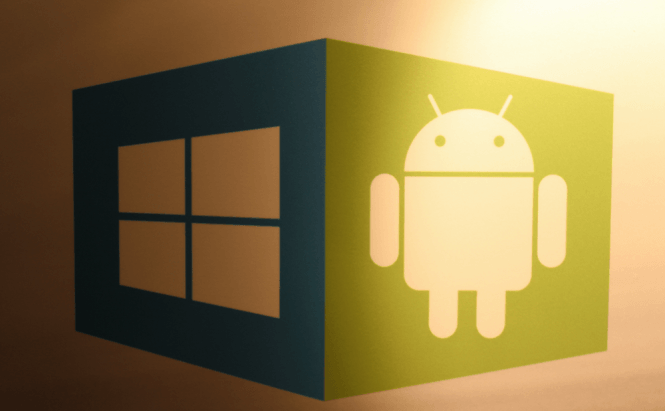 You're probably not aware of this, but Microsoft has recently held a shareholder conference where a lot of big names and press have been present. Being at the right place, Dana Bass (a reporter from Bloomberg) overheard Microsoft's former chief executive, Steve Ballmer, criticizing the company's current CEO, Satya Nadella and other executives for continuously choosing to ignore Android apps. According to Mr. Ballmer, Microsoft's current strategy of creating universal apps that work on a wide range of platforms isn't good enough to ensure the survival of Windows Phones. The only way to achieve such a feat would be to make the Windows Phones capable of running Android apps. Furthermore, the Redmond-based company's former CEO also questioned the lack of key apps such as the Starbucks app from the Windows environment.

Despite the fact that Steve Ballmer is actually burying Windows 10 for Mobile before the operating system has even had a shot on the market, he may actually be right. The Windows Phone ecosystem is a complete disaster with only 1.7% market share, which means that most app developers don't even bother to create Windows versions of their mobile apps. If you take a look at the Windows Store, you will quickly notice that a whole bunch of most downloaded apps on other platforms such as Twitter, Instagram, Plants vs Zombies 2, etc. are either still in beta or completely non-existent, and that is a big problem from the user's standpoint. A few years ago (before it was bought by Microsoft), Nokia developed Nokia X: an Android phone that offered Windows-like tiles, but that project was quickly buried. Maybe a similar idea can be the best solution to bring the Windows Phone division back to life.

And if this expose wasn't enough to make a point, Microsoft has recently announced an end-of-life date for Windows 10 Mobile, with no other explanations. According to a change made last night on the Microsoft support website, the support for Windows 10 Mobile will end on January 9, 2018. (An additional period of 24 months of extended support can be granted). If you're curious about what will happen after that, only time can tell.

That will be the best way to increase market share in the windows market. Another feature that will be needed is file explorer so as to make it easy to view some of the hidden documents that may cover storage but without use.

Totally agree with you. Waiting for this to happen. If windows want to survive in the market then it should run with the world. By letting android apps run in it.