There are quite a few reports floating around the web mentioning that Facebook is planning on releasing their own smartphone. I mean after all don’t... 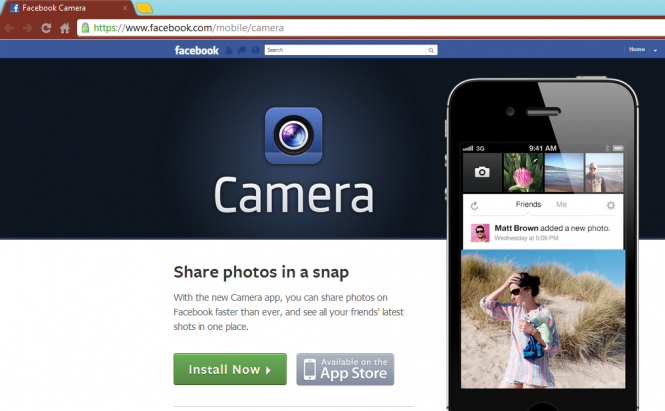 There are quite a few reports floating around the web mentioning that Facebook is planning on releasing their own smartphone. I mean after all don’t we have Google phone and Windows phones? Why can’t we have a Facebook phone? I think it is time.

Not too long ago, Facebook purchased Instagram, a company that worked to transform your dull pictures into work of art through numerous filters inside that app, and that was just the beginning. A few days ago, Facebook improved and released its own app for Apple devices, called Facebook Camera. The app helps you to instantly and automatically upload all of the pictures you take with your device to your albums on your Facebook’s profile. I am guessing the next step will be the return of the facial recognition and cataloguing of your friends “those you might know” for future suggestions. This is for the near future, but there is a long run always.

In the long run, Facebook will have to compete with various search engines, returning the results of your queries that your friends and friends of the friends found useful. It would make finding what you are looking for much faster but it will also mean that your results will list “sponsors” of those links. And quite frankly, knowing that Pepsi or Samsung cares I find something faster does not make me any happier, I would recognize their brands in my dreams! But competing with the search engines is easy at this stage. All you do is figure out who is the leader (Googling for the leader of the search engines… oh wait, what? It’s Google?!), then you copy everything that the leader does (like Google phone, Nexus) and then compete! I think Google would lose this fight, since Facebook’s search results will be precisely tailored to your likes and likes of your friends. Google is trying to copy Facebook’s success with its Google +, while it is only natural to expect Facebook sooner or later to mimic Google search.

So there we go, while it is still a rumor that Facebook is planning on releasing its own smartphone, there is no doubt in my head it will certainly do so. I can also predict that it might be running a Windows mobile operating system. It is just a hunch, but with such lucrative market as smartphones we won’t be guessing for too long, a couple more months and the mystery will be solved!

Previous story No Parking in This Corner of Space, Please Next story Save Time to Enjoy the Evening

so, is facebook singular or plural? you are trying to have it both ways.

Hullo, Mr. Grammar Policeman!
http://en.wikipedia.org/wiki/English_collective_nouns
I believe, 'Facebook' counts as a mass noun, doesn't it? Be more open-minded and don't be afraid of changing your viewpoint sometimes.

I forgot to say, most of all I like the last phrase: "it's lifeless".