No Parking in This Corner of Space, Please

With the successful launch and docking of the first commercial SpaceX’s Dragon Capsule, the humanity entered the new phase in space exploration –... 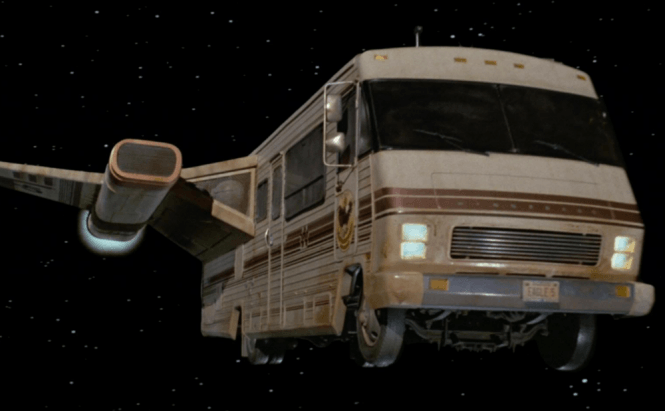 No Parking in This Corner of Space, Please

With the successful launch and docking of the first commercial SpaceX’s Dragon Capsule, the humanity entered the new phase in space exploration – soon enough any ordinary Joe will be able to fly to space and look at Earth just like the astronauts are looking at it from the International Space Station. I mean it would probably cost a personal life’s savings, but to all of those children who wanted to become astronauts all their lives but were unable to do so - this is their chance!

You can already preview how it would look like by watching the season finale episode of The Big Bang Theory. The creator of the series and the writers decided to blast an ordinary aerospace engineer into space. This is one of the funniest episodes and it does give you a vivid imagery of how funny it will be to see some average people tour the outskirts of our planet. The future began to look more interesting right about now.

The capsule carried nearly 1,000 pounds of food and clothing. Some other reports mention that the capsule also delivered some animals or bacteria for experimentation in low or zero gravity environment. When all of the cargo is unloaded, the capsule will be loaded with things that are no longer needed at the space station or is low value to the crew. Within the next couple of days, the Dragon will be detached and sent back to earth.

The capsule’s successful landing in Earth’s atmosphere will mark the day when the commercial space exploration is possible, feasible, and real. Within the next 2-3 decades more people, not trained by NASA or European Space Agency or similar organization in Russia and Japan, will be able to achieve their childhood dream of making a spacewalk or visiting the Moon or just taking a one-way journey to Mars or the Sun. Commercialization of space travel only means that in about 100 years anyone will be able to vacation on Mars and maybe discovering that the aliens left a huge turbine that melts the ice and makes the planet inhabitable, like it was depicted in the all-times classic – Total Recall. Who knows?

Do you remember Total Recall with Arnold Schwarzenegger?

Yes I do and liked it a lot. Remake will not be as good.