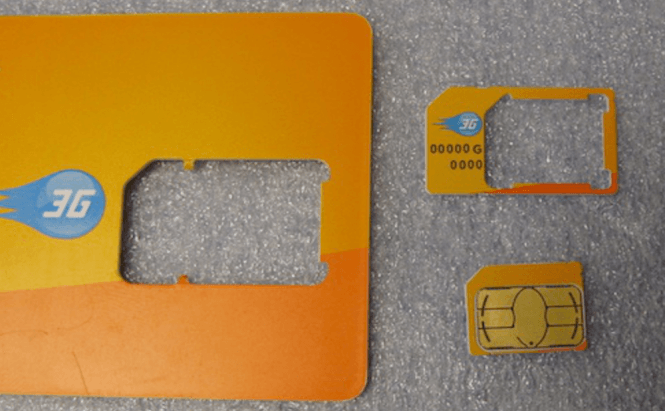 A new SIM card standard was recently announced by the European Telecommunications Standards Institute (ETSI). The new SIM card (formally known as Subscriber Identification Module) will be smaller but packaged and distributed the way that ensures backward compatibility with older formats.

Our smart phones are packing more and more sensors and modules than ever before. The space is limited in that little box of yours. The manufacturers were good at decreasing the size of the printed circuit boards and sensors and combining modules onto one or two processors so they can include an even greater amount of goodness in those little machines, but they are running of space as well. You can't sacrifice the battery, you can't sacrifice antennas, the touch screen is out of question, and the sensors help conserve the battery life as much as it is possible and make interaction with the phone meaningful. However, what can be touched is the memory card and SIM card slots.

At first developers were removing the memory card slots. This measure was quite unpopular with the users. The current generation of smart phones includes a micro-SD card slot, but they now hold a smaller SIM card also. SIM cards are what makes your phone usable on your provider's network. It carries identification information of your subscription and includes a couple of bytes for storage (Short Message Service messages (SMS) or some phone book entries can be saved on the card). But that's insane – you've got a big card that can't compare in functionality with other similar-sized cards inside the phone. So it was time to change it – to make it smarter or make it smaller.

A few large cellular phone manufacturers gathered together at the ETSI to discuss the new form-factor of SIM cards and with some minor arguments that largely went unnoticed agreed upon the design proposed by Apple, Inc. Therefore we currently have four form-factors for the card: full-size (the size of a credit card) is usually used to deliver the SIM card to a subscriber, a smaller part of it can be pushed out, which is mini-SIM (if you think of a SIM card, you will more likely imagine this size). Finally, a couple of years ago Apple released iPads that required micro-SIM cards, which are half of the standard size of the card. And finally, the new format of the card will be just a tit smaller than the current smaller card. Here we've got all 4 formats covered. The new card will be backward-compatible and more likely will be packaged with adapters. This is going to be quite similar to some microSD cards that come with a standard-size SD card adapter that you can use on your computer. So with acceptance of the new format, nothing really will change for us, consumers, but the manufacturers will have even more space to include an even greater number of modules and sensors. I wish they actually increased the battery a little bit, though.