The first build of Nougat for PC is already available 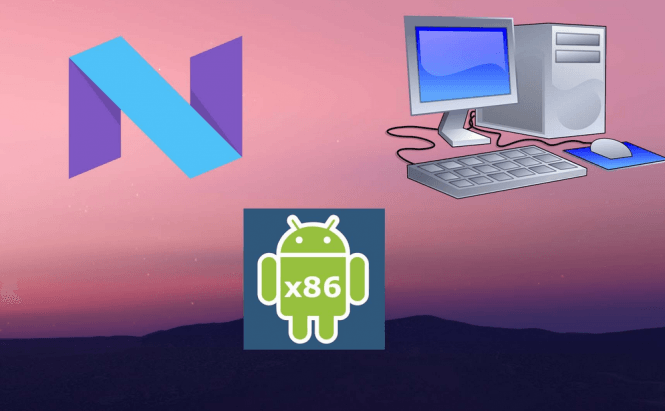 The first build of Nougat for PC is already available

If you were looking to give the new Android Nougat a go, but you prefer doing so on a PC rather than a mobile device, project Android-86 has just made that possible. However, the installation is pretty difficult, so you need to be a power user to find your way around. As far as I understand, the Nougat version that you can install on PCs is a developer preview, not the mainstream version that was just released, but it's one of the later builds so you won't miss that much.

Unfortunately, certain Nougat features, like the file explorer, aren't yet available on the PC, but the project is still under development, so they will most likely be added in the near future. For the moment, the most important functions that you will probably want to test out are the split-screen option, which we've already talked about, and the multi-window mode. If you're interested in testing out Android Nougat on your PC, you can download the disk image from a website called Geek Till it Hertz. There, you will also find a tutorial on how to install the operating system.

This new Android-86 project is quite similar to Remix OS, the difference being that the previously mentioned operating system was trying to emulate the 6th iteration of Android: Marshmallow.