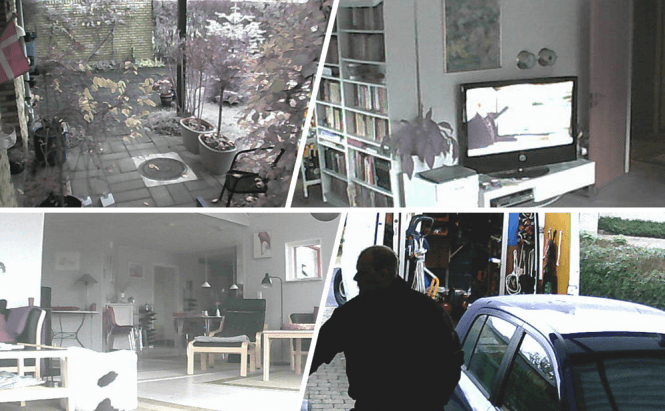 People aren't always aware of how easy it is to bypass a weak password. All it takes is just a regular person, not even an actual hacker, who is curios enough to invest a little time into it and he/she can easily get access to routers, surveillance cams, etc. Insecam is a website that publicly streams images captured by private security cameras in stores, parking lots and even people's houses from the entire globe.

From the statements on their site, the guys who created Insecam aren't hackers and didn't use any shady methods to access the feed from the cameras on their website. They simply tried common usernames and passwords such as admin or 12345 and got access to the respective cameras. What's really surprising is that there are tens of thousands of cameras available on the website from almost every country in the world.

According to its creators, the website was developed to raise awareness about the need for better passwords. Once you install an IP cam, the respective device becomes available to anyone on the Internet and only a strong password can keep the private images recorded by your surveillance equipment from being intercepted by other users. Furthermore, another reason for concern is that surveillance cameras will also give away your location, so whoever bypasses the password will know exactly where to find you. In order to remove your feed from the Insecam website, all you have to do is change the password to a more complicated (and secure) one.

Even though I admit that this initiative can seem a bit offensive and pushy to some people, especially since some private feeds (from people's homes) might get streamed, these would have been really easy to access anyway, and the website at least tells you that it is spying, unlike others who would keep watching while keeping their mouths shut. Insecam's biggest problem is that it takes forever to load, at least for the Internet in my office.

Previous story Obama Is a Firm Supporter of Net Neutrality Next story Explore YouTube to The Core: Best Hidden Features&Tips