Viruses have raised havoc through servers and computers all over the world. Here is a list with the most notorious ones. 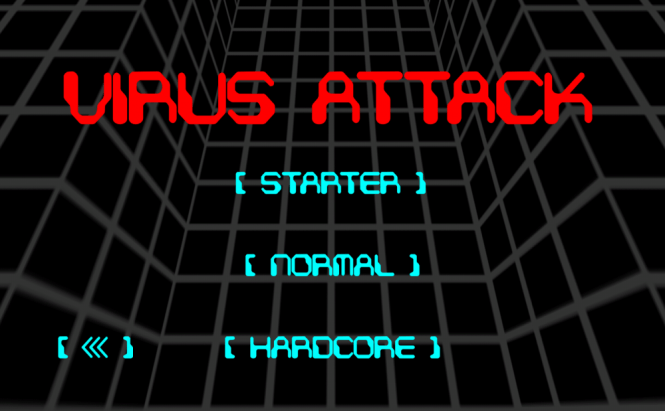 A computer virus is a self-replicating malware that performs some sort of harmful activity on the infected host. Throughout the otherwise short history of PCs there have been several viruses, which had a notable effect. This is a list of the most famous, or should I say infamous, viruses that prowled the computer world.

Although not one of the most "destructive" malware pieces, Autorun.inf had a shockingly wide scale of infection. All the variations of this virus targeted removable drives such as USBs, flash drives, pen drives, etc. and used them as its source of propagation. Once the portable drive was inserted into the computer, the virus would disable the Folder Options and Task Manager, then comfortably make itself your new system administrator. After infecting your network and all the other computers present on it, this annoying piece of malware would then replicate itself in all your folders occupying your hard disk space and slowing down your computer. The Microsoft operating systems weren't the only ones affected by viruses. Oompa-Loompa is a Trojan horse virus that infected the computers using MAC OS X. This nasty little Trojan spread itself on the local network through the Bonjour iChat messenger, and it was also "nice" enough to send infected emails to all the people it could find on the Bonjour contact list. As a local effect, this virus would prompt the user for administrator password, and would then block all the applications that have been recently opened with the login and password. 2007 was definitely the year of the Storm Worm. Spreading itself through an email with the title "230 dead as storm batters Europe", this backdoor Trojan affected Microsoft-based computers all over the world. This worm would join the infected PC to a network of remotely controllable computers (bot-net) creating its own virtual army. The total number of systems that became a part of this bot-net is still a mystery. Sasser is a worm that exploited a flow in the Windows operating system to spread itself through a vulnerable network port. This virus infected as little as several millions computers around the world, causing them to crash and reboot each time they were connected to the Internet. Well-known companies like Delta Air Lines or the Finnish bank Sampo were on the list of the worm's victims. This fast-spreading worm managed to infect over 70.000 computers in the first 10 minutes of its existence. This virus damaged the Internet capacity of Korea for over half a day and wrecked the US, taking down numerous organizations, banks, security systems and airline networks causing losses estimated to at least one billion dollars.

Sobig was a rapidly spreading virus that manged to create no less than a million copies of itself in its first day of existence. This worm infected computers through email attachments with the title thank_you.pif, then it would send itself to all the email contacts it could on find on your local files, drastically increasing the Internet traffic. Microsoft offered a $25,000 reward for information about the creator of Sobig, but he or she was never found. On the upside, the virus deactivated itself in September 2003 and no longer poses a threat. Using a human 'exploit' rather than a machine insecurity, this virus would disguise itself in an email with the title: "I love you!". As soon as it infected your system, the virus would send itself to your entire contacts list, then searched for files with the extensions .JPG, .MP2, .CSS, .HTA or .MP3 and rewrote them into .VBS or .VBE files, making them impossible to recover. The virus affected the British and Danish Parliaments; numerous companies from the US and Australia were forced to shut down their e-mail systems.

Allegedly named after a stripper from Florida, the Melissa virus was the first virus that could spread from computer to computer without requiring any action from the user. It infected PCs via e-mail, then attempted to spread itself to 50 others computers by using the contacts it found in Microsoft Outlook. 1999 probably wasn't the best year for Intel and Microsoft, as Melissa forced them to temporarily shut down their own email servers. Nimda (admin spelled backwards) was a "tripartite" malware: a virus, a Trojan and a worm, all at the same time. Its attack variety made it one of the most rapidly spreading viruses of all time, infecting computers around the entire globe in less than one hour. Although there are no exact numbers, the damage it caused is estimated to a few billions dollars. Code Red is a virus that attacked Microsoft servers infecting more than 350,000 computers, causing severe performance deterioration and overload or denial-of-services for websites from the entire globe. This sneaky malware had the capability to reinfect previously cleaned system, thus being annoyingly hard to exterminate. Since the value of the losses caused by this virus is estimated to around 2 billions dollars, this has to go down as one of the largest avoidable damages, as Microsoft had released a patch to fix the vulnerability targeted by the virus prior to Code Red's appearance. This malware was so successful that it even had a sequel: Code Red II, which affected mammoth companies like Microsoft and Associated Press.

Well, did you have the bad luck to have to deal with any of the aforementioned vieruses? Feel free to let us know.

Which one do you think was the most dangerous:
View results

Well, you know sometimes I receive the "autorun" virus. So what should I do? I'ts very annoying!

What about CryptoLocker, Zeus, StuxNet, and Flame?