A Dem Convention Video Blocked Due to Copyright Reasons

The incumbent U.S. President Barack Obama has been affected by the copyright discussions on the Internet. The fight between the two irreconcilable... 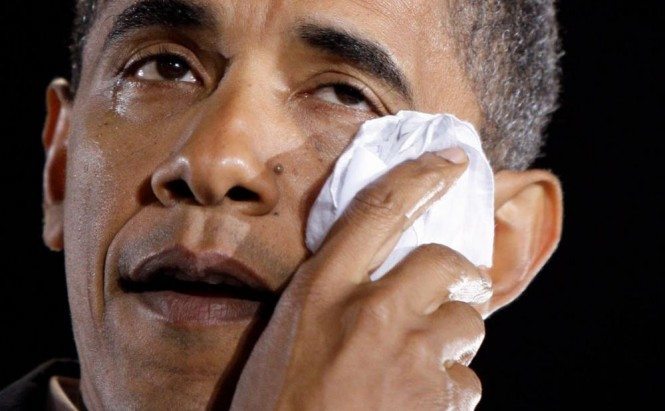 A Dem Convention Video Blocked Due to Copyright Reasons

The incumbent U.S. President Barack Obama has been affected by the copyright discussions on the Internet. The fight between the two irreconcilable camps of the copyright collecting agencies and Internet users has been increasing in its scale for the whole of this year and seems to have reached its peak yesterday. The video of the 2012 Democrats' Convention was erroneously blocked on YouTube... on copyright violation grounds.

Even being a mere formality, with (so far) no surprises planned and no big political statements in sight, Democrats' Convention is one of the most important political events on the threshold of the U.S. President Election this fall. No wonder it has gathered a large Internet audience willing to watch the Convention on a live stream. In vain. As Wired reports, the video, inter alia featured on BarackObama.com and YouTube, was not available due to its violation of copyright. Among the alleged copyright holders involved were the corporate monsters of Associated Press, New York Times Digital, and Dow Jones.

The news came so unexpectedly fast that even Obama's Digital Outreach Lead, Erica Sackin, had no idea whatsoever about the video's takedown. Unsurprisingly, a short while later the video was marked as private on YouTube, thus becoming unavailable for public viewing.

A YouTube spokesperson tried to save the day with public-wooing comments like, 'Neither the live stream nor any of the channel's video were affected.' Since the video was unavailable to the public neither at the time of the comment, nor at the moment, it becomes rather unclear what the 'affected video' really is. The reason for the sudden takedown of the Dem videos lies in the controversial YouTube automatic blocking algorithm. The algorithm works by comparing the content presented in a video with that uploaded by large media companies and marked as copyrighted. Since no algorithm is perfect, it can lead to takedowns of legal videos. However, the blocking mistakes become obvious only if the glitches affect videos and streams a priori being in the focus of the public attention.

Among other prominent blocking mistakes in the recent times are the interruption of the Hugo sci-fi award by uStream and takedown of the official NASA video of Mars landing after a rogue copyright violation complaint.

What do you personally think about the copyright policies on YouTube?

I find this argument interesting. If republicans and democrats are so interested in political speech being taken down on Youtube for copyright concerns, their position being that this is protected speech and should be allowed, how is it that the GOP/RNC, and probably the DNC has a copyright request form on their website?