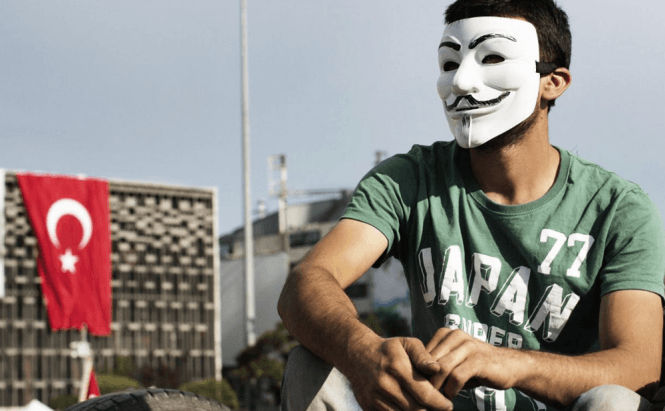 I'm not sure if you're aware of this or not, but after the Paris attacks last month Anonymous has openly declared war on ISIS, shutting down tens of thousands of social media accounts (especially on Twitter) associated with the terrorist organization. The hacker group just took things one step further and took down more than 400,000 Turkish websites in the last couple of weeks. As far as I know, the hacktivists targeted websites of key government institutions and financial institutions in what is believed to be the most intense cyberattack in Turkish history. During Christmas, Anonymous organized a massive DDoS attack completely disrupting the services and transactions for several state-run banks.

In case you're wondering about the reason behind these attacks, the answer is pretty simple: Anonymous believes that Turkey is aiding terrorist organizations and states that it will continue with its attacks for as long as the state keeps aiding terrorists. In a YouTube video released by the group (which has since been removed from the website) a voice stated: "Dear government of Turkey, if you don’t stop supporting ISIS, we will continue attacking your internet, your root DNS, your banks and take your government sites down. After the root DNS we will start to hit your airports, military assets and private state connections. [...] We will destroy your critical banking infrastructure."

The only way the Turkish authorities could stop the attacks was to block all foreign traffic, but that's not a solution that can be used in the long run.