Apple Maps is a Mess

iOS 6 is launched. Yay!.. Yay? Well, there definitely is something to mourn over in the new and... erm... revolutionary OS by Apple: Google Maps are... 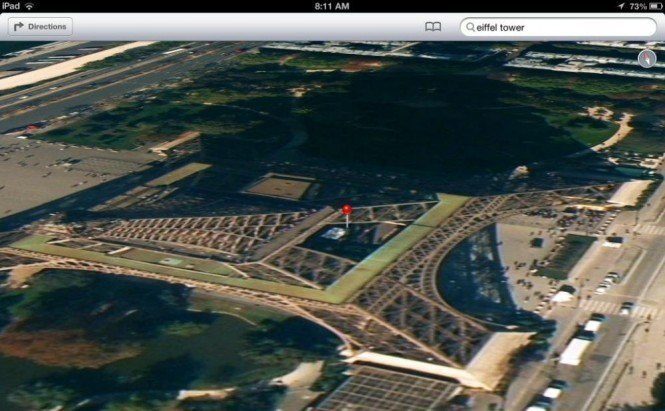 Apple Maps is a Mess

iOS 6 is launched. Yay!.. Yay? Well, there definitely is something to mourn over in the new and... erm... revolutionary OS by Apple: Google Maps are gone, ditched in favor of Apple's own in-house maps app. As of today, the way the new maps work seems to be far from perfect.

Overnight, your favorite Cayman Island lost nearly all of its infrastructure and housing: the only intact building on the whole island was Owen Roberts International Airport. All other streets, roads, and even woods vanished into thin air.

This very night, terrible cataclysms shook our planet. The Manhattan Bridge skewed under unknown forces and got to look much more like a roller coaster. The Brandenburg Gate was mysteriously teleported 253 kilometers from Berlin, leaving behind a gaping hole in the heart of the German capital. The people of Dundrum, a small Dublin suburb, woke up to find a new airport right in the middle of the town. It is not a new sci-fi novel by Stephen King. Neither is it a scenario to a large-scale Hollywood blockbuster with Bruce Willis. All these enigmatic events have taken place only inside of Apple's new maps app, which has replaced the good old Google Maps in iOS 6. The navigation market newcomer seems to be bursting with errors even in the U.S.A., making even the most avid Apple fans angry with what they got.

Among the biggest drawbacks of the new app is the absence of anything reminding Google's Street View. The impressive Flyover feature doesn't even approach the practical efficiency of Street View, being primarily of entertaining value.

Meanwhile, the abundant mistakes in Apple Maps have been devoted a whole Tumblr blog, where users from all over the globe share weird and funny map views the spotted in their iOS 6. So, among other things, the blog features a picture of Sweden's second largest city, Göteborg, virtually disappearing from the face of the Earth, as it is not marked in any way on the new Apple maps. The map data provider of Apple, TomTom, has told BBC through its spokesman that the low quality of the new maps is not actually the company's fault, since '[t]he user experience is determined by adding additional features to the map application such as visual imagery' and the geodata was merely a 'foundation' to the new Apple service.

If you are one of those iOS 6 users who are missing Google Maps, there is a way out for you. Open Google Maps in the Safari web browser on your device: Google will ask you if you want to add an icon to your home screen. If you opt in, you will have a relatively quick access to Google Maps, even though, alas, the Street View will remain unavailable.

Have you already checked out the new maps app by Apple?

These so called stunning maps should be shunning

These maps disappoint. They don't live up to expectations at all. One of the biggest gaps in the system is that it searches for the wrong location with just the similar name of what you're looking for.