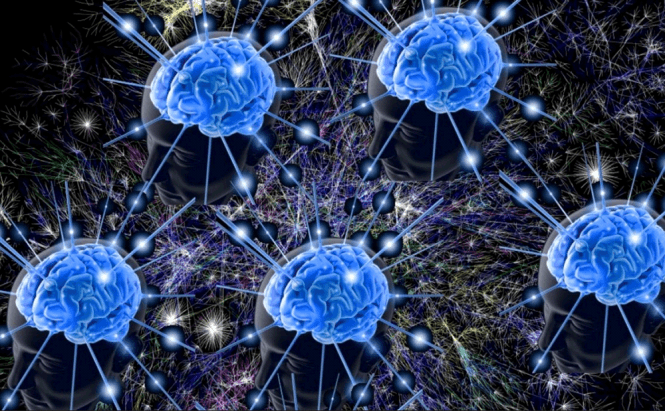 Have you ever heard people say they want to have a "meeting of the minds"? Well, soon enough that term might become more literal than you can actually imagine. According to a team of scientists led by Miguel Nicolelis, brain-to-brain connections between humans might not be so far away. The researchers have already created an "organic computer" or a "brainet" by linking together the brains of multiple rats and monkeys, which can do some pretty amazing things. According to the team, the unified brain power was able to move a prosthetic arm or predict aspects of the weather.

At the moment, this technology was only tested on monkeys and rats, but the conducted experiments were not only interesting but also very promising. Let me give you some examples: in one of the trials, three monkeys (situated in different rooms) had their brains linked together through a computer and were tasked with moving a prosthetic arm which they saw on a big screen. The trick was that the command could only be issued by all the tree brains thinking the same thing simultaneously. After the task was completed, the researchers upped the stakes by giving each monkey control over a different aspect of the movement process but the primates adapted and once again succeeded. Talking about this experiment, Nicolelis said: “They synchronize their brains and they achieve the task by creating a superbrain — a structure that is the combination of three brains.”

In another experiment, four rats were connected (also through a computer) and were given rewards whenever their brains synchronized. After just 10 of these training sessions, the rodents were thinking in sync 61% of the time. Furthermore, their combined brain power was able to figure out if rain was coming or not far more accurately than each of them individually could. According to Mr. Nicolelis, “this is the first demonstration of a shared brain-machine interface, a paradigm that has been translated successfully over the past decades from studies in animals all the way to clinical applications.”

To be honest, the human brain is far more complex than the one of any animal so it may take a while, but brain connections are a distinct possibility which might not be as far away as we imagine.