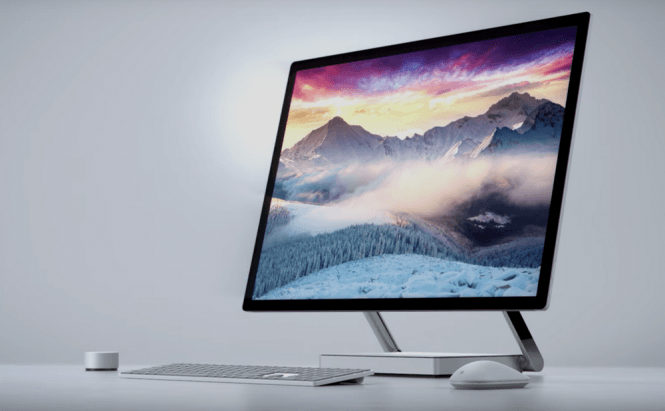 One of the most interesting announcements made at Microsoft's press event from yesterday was the all-in-one desktop Surface Studio. The device features an ultra-thin (12.5mm) 28-inch screen with a 4.5K resolution while the hardware components are all held in the base of the screen. The support that connects the base to the screen can hold the display in a vertical position just like a traditional desktop or let it slide all the way down to a 20-degree angle in a drafting position. Since this is a direct attack on Apple's 5K Retina iMac, I'm very curious to see how the Cupertino-based company will answer at today's press event.

Previous story Amazon's Alexa to be embedded in the Fire HD 8 tablet Next story Looking for a scare? Check out MIT's Nightmare Machine