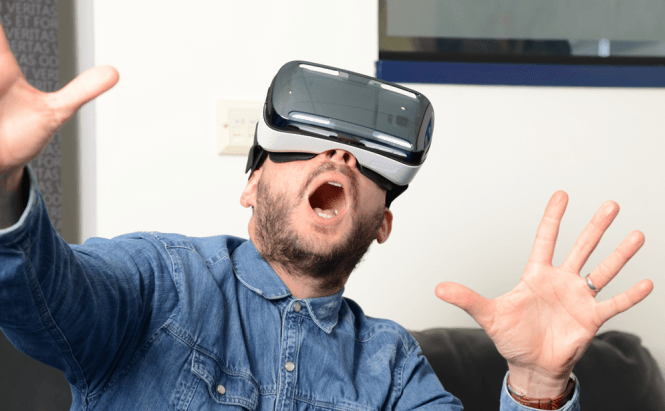 Virtual reality technology is pretty awesome, but unfortunately, it's not as popular as it could be because of two main factors: its very high price and motion sickness. While the first problem will surely get fixed in time, the second one is a bit more tricky, especially because it's very hard to find a solution that will work for everyone who encounters this kind of issue. However, a team of scientists might have just found a fix: slight dynamic modifications of the field of view.

The team of researchers from Columbia University believes that the motion sickness is triggered by the fact that your eyes see movement while your body stands still and the conflict between what you see and what you feel causes nausea. This is why they've been working on a solution that will make you see a little less movement in virtual reality by limiting the field of view. Even though this sounds like something that's going to take away a lot of the immersiveness, the scientists state they've perfected this method to a point where the FOV modifications are so subtle that most people won't even notice them. In case you were wondering, the FOV alteration is made dynamically, which means that instead of having to manually apply this technique to each VR app, the algorithm gets applied automatically.

As far as I'm concerned, this solution is quite cool and I can't wait to see how successful it turns out to be. Motion sickness is a real problem for virtual reality and some of the more unfortunate users can only use their VR headsets for a few minutes at a time before nausea makes its presence felt and forces them to take a break.

If you're fascinated by VR, you will be happy to know that Serious Sam goes to virtual reality. Furthermore, you should also check out The best games for Samsung's Gear VR.