For All, YOU, Windows H8rs, I Choose Windows 7!

In my mind there are only three competitive operating systems for personal computers on the market today. Those are Microsoft Windows, Apple Mac OS,... 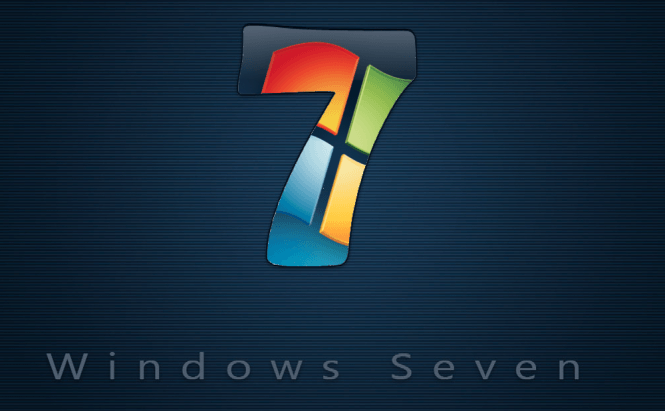 For All, YOU, Windows H8rs, I Choose Windows 7!

In my mind there are only three competitive operating systems for personal computers on the market today. Those are Microsoft Windows, Apple Mac OS, and Canonical Kubuntu. I am using all three simultaneously for both my entertainment needs and work. Windows 7 is running on one of my personal laptops and my computer at work. I also have an Apple computer at work with Mac OS X running on it. Finally, Kubuntu is running on my computer at home, and my other laptop has a dual boot of Windows 7 and Kubuntu. But whatâ€™s going to happen this weekend is that I am going to back everything up on my laptops and computers and install Windows 7 only on all of them! Why? Becauseâ€¦

1. Interface. Kubuntu has a very edgy interface. There have been advancements and improvements with the introduction of KDE 4 in Kubuntu, and the GUI does look better but it is not quite there yet. Open Source has got one flaw â€“ programmers worry about functionality and meeting the deadlines over the looks. Apple, for example, always takes into consideration the look of its product, and I believe this strategy pays off, as many people buy their iPad, iPod, iPhone, and MacBook Air â€“ it is because they look sleek and they are also functional. Microsoft learned it the hard way. Vista looked good but its design was full of illogical design and therefore many of its functions were impaired. Windows 7 is the best operating system on the market today. It looks the best and has got the functionality to impress. For instance, I cannot imagine my life without some of the Aero effects, and how beautiful do windows look, and how you can have your desktop wallpaper change without any additional steps of configuration.

2. Virus and Spyware. 7 years ago I switched from Windows to Linux due to a virus corrupting data on my hard drive. In recent years, Microsoft came a long way to secure users from viruses and spyware. It is not perfect, but I feel a lot more secure using this operating system than ever before. Both Kubuntu and Mac OS have their own antivirus and spyware programs, as there is not a single system that is 100 per cent safe from malicious software. Windows is not a winner in this category, but it is definitely safe enough to be considered as the primary operating system.

3. Speed. Most applications open up very fast on Windows 7, much slower on Mac OS, and may not even open on Kubuntu. Mac OS freezes quite often, while Windows used to be BSOD (Blue Screen of Death) infested, but it seems like not anymore. There were times when Kubuntu wonâ€™t even open up an application and unless you figure out the logs, you wonâ€™t even know what the problem is. I had this happened once on Mac (nothing would open up), but Windows would almost always give some sort of an error message. I know how to control priority of processes under Windows, I do not know how to control processes under Linux nor under Mac OS, which makes Windows the winner!

4. Drivers. In the past all Linux distributions were troubled by absence of the drivers for the newer hardware. That was a problem until major tech companies opted to support open source projects and created closed and open source proprietary drivers for the open source operating systems. When I switched to Linux, I had to figure out how to make my nVidia card work on my laptop. I do not have this problem anymore, everything works with minimal configuration, but I know for the fact that it is not 100 per cent compatible, as most hardware was designed with Windows in mind. This problem does not affect Apple computers, as the company produces both the hardware and the software, hence the drivers for the system are also made in house. On the other hand, when I want to have a diverse system or to be able to upgrade at my own will, while taking costs into account, Apple computers wonâ€™t allow you to do so. Therefore, as you can see, Windows is the winner because most drivers are specifically designed for the system and many hardware pieces are designed to be used in a Windows machine.

5. Permissions. I remember the time when you could delete something from the Windows directory and the whole system wouldnâ€™t work. Just as recent as a year ago, when I was trying out Kubuntu, I deleted a widget that controlled internet connections. For the life of me I couldnâ€™t recover the necessary packages even from the installation CDâ€¦ Of course many of you will say that I am brainless, but my response is that if you do not make something noob proof, then most people will not adopt your system (get your priorities straight!). Mac OS is an odd world for me in this regard. I know nothing about permissions on it. It just looks pretty and is used when I need to do Macâ€™y things. I could care less if it is hacked. I can just reinstall the system.

6. Applications. The number of applications for Windows is far greater than the number of apps for Mac and Linux. Windows has everything you need and even more in terms of applications, including freeware, open source ware, games, and professional software, like AutoCAD and so on. Since more than 50 per cent of worldâ€™s computers are using Windows operating systems, developers are better off making Windows software versus Linux and Mac OS, hence greater number of aps desgined for Windows. Operating systems based on linuxâ€™s kernel usually come with loads of free software but it usually means endless help file and hours of configuration â€“ Kubuntu is barely made for an average user.

7. Stability. All the three systems are prone to crashing, but I dislike Mac OS the most. I hate the rainbow circle and the fact that you actually have to wait for it to be done spinning before you can do anything about it. Kubuntu does not show anything, but you could potentially do other tasks if a long "thinking" occurs. Windows has Ctrl+Alt+Del to solve your problems. If the program hangs the system, you can always "dump" it. Also, the last time I saw BSOD was in 2005, when I was still using Windows XP. Do not even know what a BSOD is anymore, so Windows is quite stable.

Conclusion: I am going to use Windows 7 on all of my computers, except the Apple one. I can always use Virtual Machines for Kubuntu and even Mac OS X systems. Windows is cute and stable enough. It has many applications available, and since I can make images of the harddrive, reinstalling takes only a couple of minutes. So I choose Windows 7!