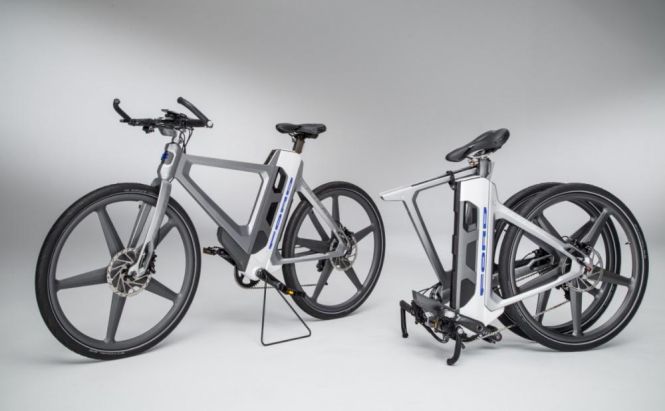 Cycling isn't only one of the best ways to improve your health and wellness, but also a pretty nice solution to avoid a traffic-related headache on your morning commute. Ford is hoping to bring a so-called combination of a car and a bike – a new full-size electric bike that can be easily folded up and whose battery, motor, and wheels can be swapped as well for different riders and types of terrain.

The prototype of the Ford's latest eBike called MoDe:Flex was unveiled at a conference in California, where the company announced that the bike can be disassembled in two equal parts to fit inside the boot of a vehicle with relative ease. Although the bike's technical specifications and when it will be available haven't been revealed, it's known to be powered with a 200-watt motor, batteries, and wheels allowing riders to achieve speeds up to 15mph. On top of that, the MoDe:Flex bike comes with a set of intelligent features designed to alert riders to upcoming potholes via vibrations in the handlebars.

Actually, MoDe:Flex represents just a concept design, so the company is most likely to add some other features to appeal to more avid cycling fans.