The US Armed Forces are Going to Ride Hoverbikes 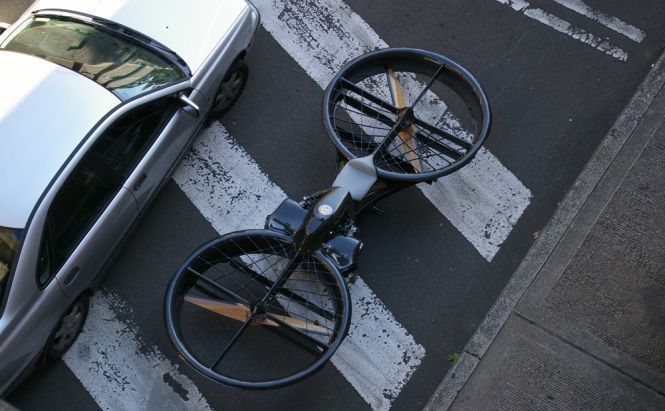 The US Armed Forces are Going to Ride Hoverbikes

If you imagined an imperial scout trooper from Star Wars after reading the headline, then I am not alone in this. The Hoverbike is being developed by Malloy Aeronautics, a UK-based company, which presented its invention a week ago at the Paris Air Show. There, the company announced its partnership with Survice Engeneering to design a military vehicle for the US Army. The companies will work with the US Army Research Laboratory in Maryland. The US armed forces see the vehicle as an alternative to helichopters and wish to use it for surveillance and transportation.

Wonder how the Hoverbike works? That's simple: you take a drone, make it a dozen times bigger and add a seat. But this is just loosely true, since there are numerous factors that need to be taken into consideration to turn an unmanned vehicle into a full-featured transport. For instance, the company had to reject the idea of creating a bi-copter in favor of qadcopter, as it is much more stable. At the moment, Hoverbike is just a prototype that assumingly works on electric motors powered by lithium-ion batteries. Malloy Aeronautics still keeps most of the specs in secret, but we do know that the latest prototype can carry up to 220 pounds. Check out the video below. You can see the prototype in action starting from 1.20

Reuters reports that, despite the announced partnership with the US Department of Defence, Malloy Aeronautics will remain an independent company and will be based in the UK. So, if you want to get yourself a hoverbike, you still have the opportunity. To get one you need to make a donation and describe why you want it. When the donation poll is over (after reaching $1.1M), the company will give away one of the prototypes to the person with the most interesting description. If you would like to make a donation or learn more about the project, follow this link to the official website.