How to: Save your Google Rankings

SOPA and PIPA threaten web freedom January 18 became a milestone in the history of the free Internet. For yesterday, the US Congress scheduled the... 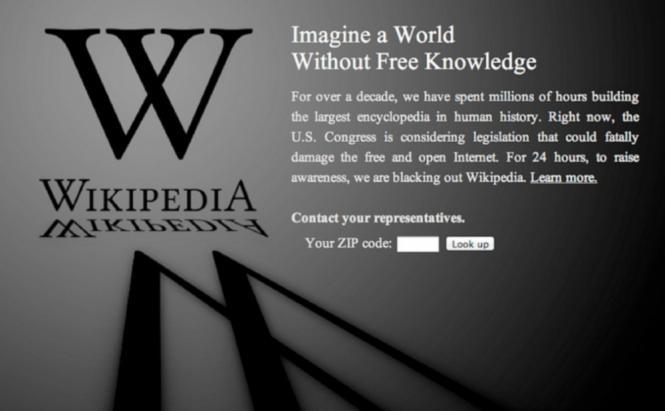 How to: Save your Google Rankings

January 18 became a milestone in the history of the free Internet. For yesterday, the US Congress scheduled the debates on SOPA bill adoption. However, the bill caused fierce debates not only in the White House. We all remember, SOPA, or Stop Online Piracy Act, was introduced in the House of Representatives on October 26, 2011. The bill proposes dramatic expansion of the US authorities' competency in regards of intellectual property protection. In the most general terms, the adopted bill could allow the government to ban any websites, and fine or even imprison their owners if they are caught spreading illegal content. This bill should also have effect on all the domains located in any other country rather than the USA.

There is another governmental way to block websites non grata, and that's PIPA, or Protect Intellectual Property Act. This bill seems to be less dogmatic, but in any case it is regarded as a significant barrier on the way of improving the global net.

Undoubtedly, these two proposals, SOPA and PIPA, evoked a wide response among web militants, especially those who fight for the Internet freedom and the ability to share knowledge all over. Among the bill adversaries we can find such prominent websites as reddit.com, and even Wikipedia. As a way to protest SOPA, they all decided to go down for twelve hours on the day of the bill debates, on January 18. For example, this is how English Wiki's main page looked the whole day yesterday: Google will help out

In the forefront of endeavors towards the free web, or, in other words, among the opposers of the foregoing bills, was Google, Inc. It didn't only start collecting votes against SOPA and PIPA adoption, but also gave certain recommendations to the webmasters who wanted to join the blackout, but didn't want to lose their positions in Google Search. What is remarkable, all these tips can easily be used by anyone who wants to temporarily switch off the servers for maintenance, or is just forced to close a part of his website. Following this advice will allow anyone to avoid hurting his website's rankings in the Google search results.

How to retain your rating

So, if you decided to temporarily replace some of your pages by an error message, or by some other content you don't want the search engine to index, read the following instructions carefully.

First of all, Google advises to make sure you let Googlebot know that the content you place on the pages is not real. To do that, return a 503 header for all the pages that are affected. It will also help to avoid showing off duplicated content, which can otherwise significantly affect your Google rating. We should warn you, however, that if there is a sudden increase in 503 pages, Googlebot will slow down its crawling until the problem is eliminated, but Google promises this will not affect your long-term results.

Another issue Google pays attention to is your robots.txt file. You should remember that the first file for the bot to look for on your website is this very robots.txt, in which you specify all restrictions for the bot to follow. For example, in the case of a WordPress website, you would like to hide such pages as /wp-login.php or /wp-register.php from Googlebot. How can you do it? Only by specifying the corresponding restrictions in the robots.txt file.

Well, back to our maintenance (or the repeated blackout). Note that making robots.txt return a 503 on request blocks crawling all over the website until the bot sees an acceptable status for this file, in particular, 200 or 404. So if you're switching off only a certain part of your website, make sure the robots.txt file's status code is not 503. By no means try blocking crawling around the website by disallowing it in robots.txt file: this will prolong the time of recovery by several orders of magnitude./p> Pipa and Sopa, How About Nopa!

Google also warns that all the differences in website performance will be noticed by Googlebot, so you shouldn't worry when you notice some crawling errors in the logs. However, double-check that no errors appear after you've settled everything down. As general advice, we ask you not to change too many things unless it's absolutely necessary. Don't change the DNS settings, or robot.txt file contents, and do not even think about changing the crawl rate in the admin center of Google's webmaster tools.

And again, keep as many things untouched as possible.

Hopefully, these tips will help you keep your current rating in Google search results if you suddenly decide to carry out server maintenance, or to join the PIPA protesters on January 24.

I think the bill won't work. I've heard a lot of cases when websites smth like Wikipedia were fined and banned but they didn't bother and just changed their links and IP addresses. Good of them

How can it not work if Wikipedia is taken down?

This is pure censorship & contravenes the 1st amendment of the USA constitution - they don't want the public to know how they are using the publics money - that is why they gunned for Wiki Leaks.

Yep, it is and it does. It's also a very powerful weapon of unfair competition (I'm close to thinking DMCA wasn't such a bad thing after all).
The problem is, though, the unconstitutional nature of censorship doesn't really come into play - primarily because, by definition, the public isn't supposed to know something is being censored. There's this thing here in the UK called 'Cleanfeed', which is essentially an ISP-level content filtering system; totally lacks transparency, doesn't work as intended, all in all the cream of the crop as we know it. Here's the tasty bit of trivia: according to various surveys, nigh on 90% of the internet users in the UK don't even know it exists.
To give credit where it's due, these blackouts do seem to raise the overall awareness.

'This bill should also have effect on all the domains located in any other country rather than the USA.'
It's just the internal US affair, whether to pass SOPA or PIPA or any other initiative with an even weirder name, but by Jove, what does it have to do with Europe?
I mean, are the European governments considering following the American example? As far as I know, in Germany SOPA would be classified as unconstitutional. Is any other Eruopean nation weighing adopting something like this 'Pipasopa' stuff?

Well, there's that 'Digital Economy Act' in the UK. I remember it causing quite a stir a couple of years ago, hundreds of artists expressing their utmost disgust towards the measures endorsed in it and the whole premise of 'If someone hears your song before they pay for it, you lose a sale' (the Act itself, much like SOPA and PIPA, being pushed by the media industry). I also remember the same reductions ad absurdum being continuously suggested by each and every spiteful commenter: 'They would happily charge you for whistling the melody you heard in the pub last night' - did that prevent the Act from coming into force? Nope. Those weren't absurdities at all; those were the exact intention of the Act. For crying out loud.

And it was only a year later, after thousands of appeals made by innocent customers, that they even considered dropping the sections 17 and 18 (blocking of allegedly infringing websites).

Back to SOPA and PIPA themselves though: they do imply cutting off funds to international resources and wiping them from search indexes on as much as a single whim of an overweight copyright troll (Tim Langdell, anyone?). The people who have introduced these Acts are the same people who tried to ban MP3 players and VCR recorders - they'll happily assume that role if they see fit to.

As for me, the most ridiculous point about these bills is that they imply global (note, global!) power of a single coming out of nowhere US governmental body. I mean, both SOPA and PIPA have provisions giving the US the right to rule foreign websites in case they infringe copyrights, or patents, or whatever of the US citizens. I'm not that informed about the legal details of the question, but even this general fact makes me tremor. You know, even the EU members all have their own legislation, although they agreed to build a kind of a confederation. What happens here - the US is trying to make everybody dance to their drums without any notice. Fair? I don't think so.

In a way, though, that's eerily half-logical: geeks have always been advocating that 'there are no countries on the Internet.'
Now, the US seem to have misinterpreted that as 'there's just one country on the Internet.' Will someone please teach them some English?

They should be somewhat more humble

LOL @ Tim Langdell reference!
I am sure SOPA and PIPA are used to destruct the political observers from what really is getting passed at the Congress. SOPA and PIPA are way too controversial and would not get passed meanwhile generating lots of noise, which they did. I wonder, what other laws got passed in Congress and signed by the President while the whole Internet was buzzing about ridiculous bills proposed in the lower branch of the government? Hm? I would like to talk to C-SPAN watchers out there!

Hah, that's the most reasonable point of view on the matter I've recently heard xD Thanks, Josh!