A patent by Nokia has recently surfaced in the tech press: this time the Finnish corporation has documented the so-called 'haptic communication... 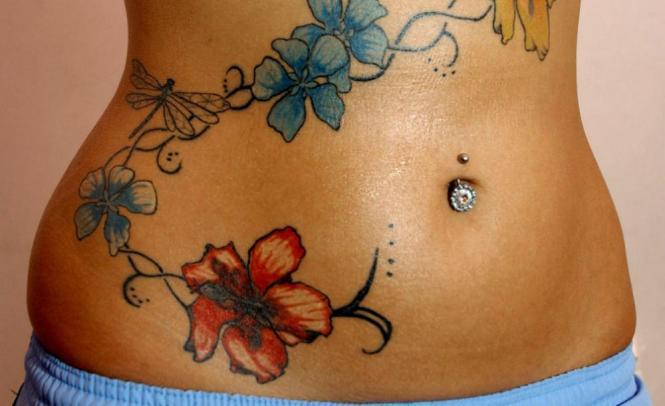 A patent by Nokia has recently surfaced in the tech press: this time the Finnish corporation has documented the so-called 'haptic communication device'. In less techy terms, it is a tattoo that vibrates each time somebody calls your cellphone.

At a first glance, the patent No. US 20120062371 won't give anybody a heart throb: there is no mention of Nokia in its text, nor there are front page headlines such as 'Nokia Gets under Your Skin!!!', etc. However, if you read it more carefully, very soon, you'll see it's not just one of those arcane technologies for the military or radio engineers that is irrelevant to a regular person. It is the technology that comprises 'a material attachable to skin, the material capable of detecting a magnetic field and transferring a perceivable stimulus to the skin, wherein the perceivable stimulus relates to the magnetic field,' and it's something really unprecedented.

In fact, this long-running description means just 'a mobile call-sensitive tattoo'. The major difference between this and a regular tattoo is that the new tattoo makes use of the magnetic ink. As a result, each time when somebody calls you, your tattoo will start tingling. According to the patent, the tattoo can also be tingling in different ways depending on who's calling.

Logically enough, in order to get the tattoo done you'll need to demagnetize the ink first, otherwise it will be attracted by needle of the tattoo artist. It will be only after the tattoo is completed that its special qualities will be 'activated' by passing the ink several times over a strong magnet.

Of course, the new technology does have downsides. For example, the owners of hi-tech tattoos will almost certainly have some problems at the airports, as the body scanners will detect the tattoo as metal. Another possible problem could be that they won't be able to undergo magnetic resonance imaging anymore (remember that House M.D. episode where they put a guy with a metal thing into the tomograph?)

However, Nokia provided a simple solution for all these problems as well: the transfers. If you don't want to be a reason for long lines in the airport's security line due to body scanners reacting to your awesome magnetic tattoo, you'll have an option to transfer the picture to you skin from a special sticker and wash it off when you don't need it any longer (or before you take off to the airport). Another possible way out could be a special device that would magnetize or demagnetize the ink.

However, the technology is far from being implemented. For the tattoo to work, a mobile phone requires a special built-in module, which no Nokia devices is featuring yet. Hitherto, the Finnish company hasn't presented any plans to implement this technology in any device.

Would You Like to Have a Vibrating Tattoo by Nokia?

I think it's not useful for your health to try these tattoos. Vibration waves can provoke some dis..dis...disturbances may be..But on the other hand like a real girl I should say it can help you to lose weight) And avoid cellulite)))

Confused, first we are talking about a tattoo with magnetic ink then we are talking about a stupid temporary tattoo? Also, in the piercing field we are now able to insert magnetic implants under our skin which do not have any interference with metal detectors or MRI's. I highly doubt that the small amount of magnetism this tattoo has would pose any problem with any security or medical problems.

Q:- Is it harmfull for our body?

As far as I know, not more harmful than the regular tattoos. Unless you have to undergo the MRI, of course =-D

Seems that world grown a step ahead towards "technology-saturation".

The Removable Tattoo Would Be Really Cool, And I Would Defineatly Buy One. Great Idea.