Designers go out of way to create a one-of-a-kind mobile phone to catch our interest. But sometimes, they may run too far. Here goes a list of the worst three phones ever. 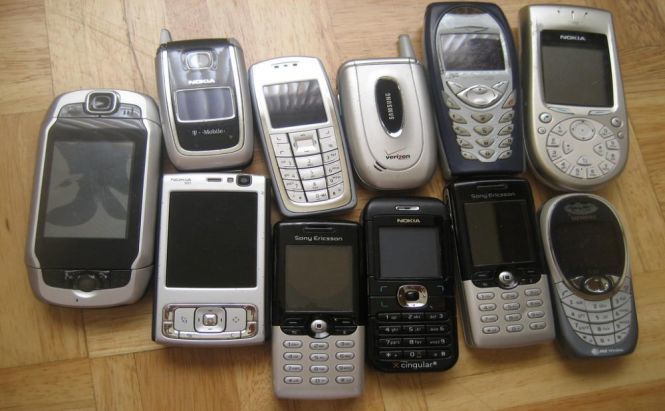 Nowadays, there is a wide variety of mobile phones and we can get confused what to choose so as to come up trumps.

A modern cell phone is a many-in-one device able to replace several gadgets: with it, you make calls, text friends, take pics, surf the Net, read books, watch movies, etc. PR guys go out of way to create a one-of-a-kind mobile phone to catch our interest. But sometimes, they may run too far and, as a result, design something incredible. Now we are ready to list the worst three phones that it's better to avoid.

If you are a caring parent, you may love the idea to buy this phone for your kid. The device doesn't look like a real phone, mostly it resembles a mixture of a stopwatch and Tamagochi. It has a very simple interface and limited functionality: you see, parents have full control over it. To activate the phone, a parent should register at the Telsra site and configure the phone settings. It's up to mum and dad to decide which numbers a child can dial, how long a conversation will last and what games a youngster can play. Moreover, parents can lock the phone at school time so that a kid won't distract from studying. Also, parents can update all the data of productivity tools like Calendar and To-do List and constantly remind a child about homework.

A perfect gadget for adults to induce kid's paranoia and choke off child's attempts on self-support.

The developers tried to create a unique gadget that would join the features of a phone and gaming console. The idea behind is just brilliant, however, the manufacturers failed to fulfill the requirements since the buttons are rather bulky and absolutely inconvenient for texting or dialing up and not suited for gaming, as well. Sharp tongues suggest the phone has a taco-like interface with a microphone and speakers located on the phone's side edge. To make a call, you should hold the phone against the cheek. It creates an effect of a big ear. Sounds great, doesn't it?

This device features a phone, watch and planner for everyday tasks. Having a simplistic interface, it offers a finger-ring receiver, voice recording and speech recognition functions. The most outstanding option is its ability to allow a two-hour on-going conversation. I can hardly imagine what will happen with my wrist and ear after such a long call. Oh yeah.

All in all, it doesn't matter which device you are going to acquire, the most important thing is that a mobile phone should come in handy for you and meet all your needs.

Referenced applications
What mobile phone do you use?

Interesting, I didn't know that.