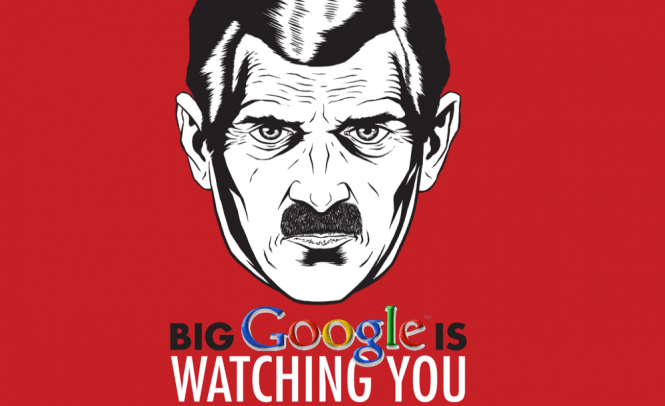 Google's new privacy policy, which came into effect on March 1st, has mostly affected users with Google accounts. Instead of signing to 70 separate privacy agreements for each of Google's numerous services, their privacy issues will now be treated by a single blanket Privacy Policy. This policy implies, among other things, introduction of a centralized user profile, gathering all of the data that user has submitted to various Google services. In plain terms, all personal information you have shared with Gmail, YouTube, Google+, and even Google Search will be meticulously noted down by Google servers. Such massive amounts of personal information will allow the company to refine its target advertising algorithms and charge higher prices for their advertising services.

It is exactly the unified user profile and its potential financial impact that has sparked the plaintiffs' outcry. Pedro Marti, Allison C. Weiss, and David Nisenbaum believe that the new Privacy Policy is in direct contradiction with the previous claims made by the Web giant. In their note of complaint, they allege that Google used to maintain that 'it would not use the consumer's personal information for purposes other that than for which it was intended for.' In practice, after the new Privacy Policy came into force, these data are going to be used in tuning up the AdSense advertising system.

It hasn't been the first time the Mountain View company has treated the sensitive information of its consumers not in the best way. In 2010, launching the now discontinued Google Buzz project, Google automatically populated the Friends List with people each user had emailed to. That led to a large number of embarrassing disclosures, as the whole Web got access to the clientèle lists of psychiatrists, lawyers, etc.

So far, no official comment on the lawsuit by Google has followed.

Is Google Still Not Evil?

I have noticed that the Google adverts on GOOGLEMAIL are now adjusted to the CONTENT of my e-mails.
The implication is simple. Google scans the e-mails of its clients.
The answer is simple - we do not need government Big Brother. GOOGLE IS BIG BROTHER.

How the hell is Google going to use personal information in its advertising system? By the way, what's all this intended for?

Here's a rough picture of how it's done.
Before introducing the new Privacy Policy, Google was making use of special algorithms to try to figure out who you are. For example, if you were looking for a high-end mascara, the Google algorithms would make a conclusion you are a lady with a certain level of income and would henceforward show you the corresponding ads. On the other hand, there is no reason why a 13-year-old girl or a lady with the income not that high could not be looking for this high-end mascara. In other words, Google's guess could be wrong.
After the introduction of the new Privacy Policy Google has done away with making guesses, now it KNOWS who you are, collecting this knowledge from your personal accounts for various Google services. In fact, the same practice is widely employed by Facebook, which uses your account info as well as information about what you've 'Like'-buttoned.
The major difference is that Google refines the ads content collecting information about your web-searches. I think you would agree with me that the web-searches tend to give a fuller picture of who you are: the web-searches contain much more private information than posts on your Facebook accounts and things you 'Like' (just think about, say, people searching for sex-toys on the Web, etc.)

Interesting article. We need more clarity on exactly what personal information is to be kept by Google Inc.
That should be consumers aim first. Then we can question what Google may use that information for such as targeting customers by gender, age, incomes, etc...Is this not Facebook advertising does?

If we want more transparency about privacy issues then we need dialogue between parties affected. Both sides need to be involved in having a say as to what future advertising method is to be used, what and how the details from data stored by Google are to be put to use in target campaigns.

Users should be given a choice to block or bar Ads too or better still to opt out or opt in as many other websites do. May I address these issues mentioned here to Google to address these concerns raised by its users.

Sure, Google do not want to be isolated by its user base. Best consultation and time frame period is needed between both parties to have dialogues on this matter. Let us have more specific outlines as to how the advertising methods are likely to be. Then determine how and what should Google use to put up Ads on display.

Could you pin down your point? Not that I am criticizing you, it's just really interesting what you think Google is doing wrong and what right.

‘55. The FTC also found that controls for limiting disclosure of personal information were “confusing and difficult to find....”’ — LOL