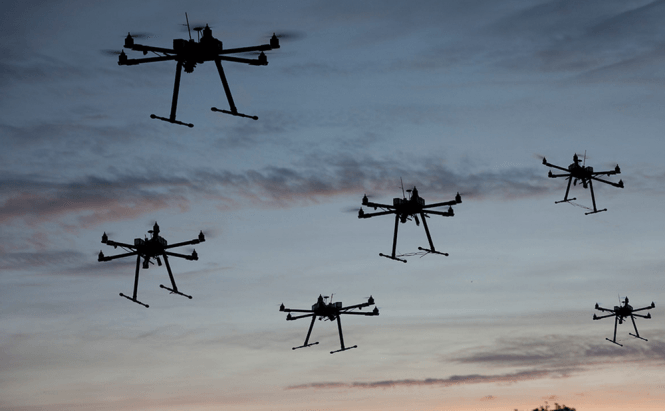 According to a recent report, a group of scientists from the Carnegie Mellon University are working on designing drones which could gather information about places where it's too dangerous to send humans. From what I understand the project involves a swarm of tiny drones which communicate with each other (via ad-hoc peer-to-peer network connections) that can be sent into disaster zones to find out more information about what happened or to search for survivors. These little guys' role is to provide an exact mapping of the layout and give first responders as many information as possible about the situation. Since they have to be small enough to fit anywhere, a single drone will not be able to carry too many sensors so this is why an entire swarm is necessary.

If this research turns out to be a success, the resulting drones could be immensely helpful in all kinds of critical situations such as explosions, earthquakes, tsunamis and even smaller scaled disasters such as house fires. Pei Zhang, an associate research professor, stated: "These places are very dangerous for rescuers to go, so we don’t want to just blindly send people inside. [..] Instead, we want to get these things in before people go in and determine if there are people that need help".

In Mr. Zhang's vision, one of the best solutions would be to create a large drone (pretty much like a mothership) which will then launch the small amount of tiny drones near the disaster area. This solution doesn't sound so farfetched as the large drone would be much better in flying in rough conditions. (At such a small size, even a gush of wind could throw the tiny drones off-course or make them crash.) The already existing mothership prototype can stay in the air for about half an hour, and can cover a distance of up to 16 Km (10 miles). The small drones development, however, is still in progress and unfortunately, by Mr. Zhang's estimate, it will take at least 10 more years for the project to be completed and the rescue drones to become widely used in emergency responses.