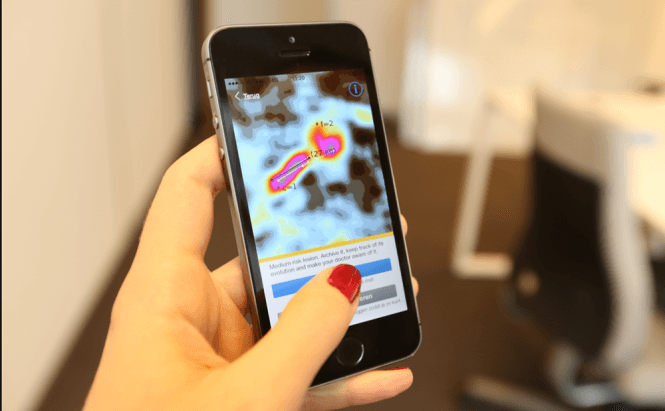 SkinVision is a very interesting subscription-based app which can help its users detect skin cancer. At the moment, the application is very effective in telling you if the moles on your skin pose a threat to your health or not. In order to use it, one would simply take a picture (with his or her phone) of the concerning mole, SkinVision would analyze it and then tell the user if it can grow into something dangerous such as a melanoma. In certain cases, the users would be best served by taking multiple pictures of the same mole after a certain amount of time, so that the app can determine if it has grown or not. The application, which works both on Android and iOS, has been around since 2011 and has been downloaded over 200,000 times. Since the app has proved to be quite effective and has managed to raise somewhere between $2 and $3 million USD on its own, other important pharmaceutical companies such as European-based LEO Pharma decided to support it even further. The previously mentioned company along with the original investors from the Dutch-based investment firm Personal Health Solutions Capital have added another $3.4 million to SkinVision's budget in an effort to expand the app's services beyond melanoma detection. (Unfortunately, at the moment, we don't have any details about exactly what this new app functionality will include.) Additionally, the funding will also be used to expand the application's geographical market and to strengthen its ties with the national healthcare system in the countries where it is used.

Speaking about their latest investment, Leo Pharma's officials stated: “The coming years will see an ever changing and increasingly digital health care environment and LEO Pharma wants to be at the forefront of that trend. This is a huge opportunity for the European technology and pharmaceutical industries to become world leaders.”