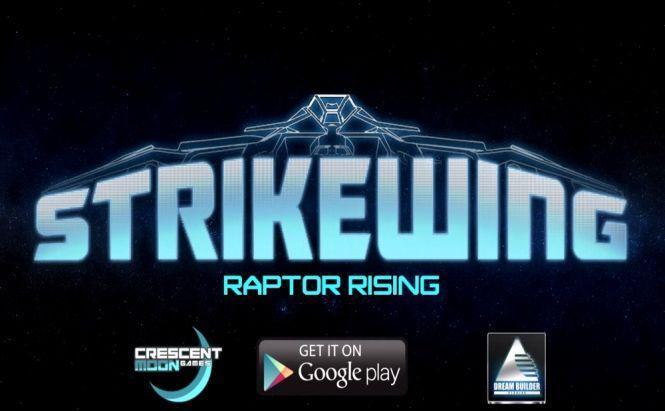 Strike Wing: The Raptor Rising is a fast-paced space combat simulator wrapped in astoudingly beautiful graphics. You pick up one of the ships, each one with its own pros and cons, arm yourself and set out for a journey to distant corners of space to unveil the mystery that lies behind the "Sirius Incident".

Now, as for the gameplay. Imagine you are playing a space mission from Star Wars: Empire At War from a perspective of a single fighter ship, and you are able to switch to cockpit view like in Star Wars: Battlefront II. If these titles don't ring a bell for you, just check out the video.

Strike Wing features two basic game modes: Story Mode and Challenge Mode with the latter allowing you to play through one of the intense combat scenarios.

As a huge lover of space-themed games, I also appreciated the sound effects. All the sounds, from engines to blasterfire, are really pleasant to the ear. Another important aspect of the game is the controls, as it is often really awkward to navigate such extensive locations on a mobile device. Strike Wing allows you to choose between the on-screen controller and the controls that are built into your device, both options seems to work ok, but I prefer the on-screen controller.

Among other goodies, there is an integration with Google Play Services allowing you to open as many as 42 achievements. Strike Wing: Raptor Rising is available as a free demo that opens access to the tutorial and the first mission of the Story Mode, so that you can check it out before you decide whether you want to pay $3.99 for the rest of the content.