Tetris, originated back in 1984, celebrates 30th anniversary this year. 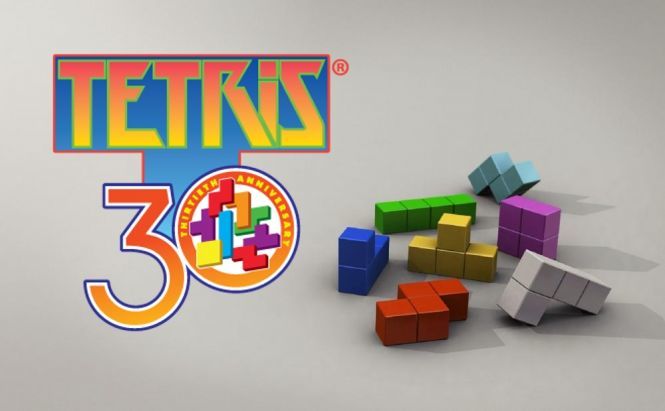 People of the last three decades got accustomed to Tetris as something usual and so well known, that it seems there is nothing left to be created. However, the story proves it wrong. When it appeared in 1984 it was a new and fresh game, the first one exported to US from Russia.

The name is formed of two parts: the Greek prefix tetra- (you might have noticed, that all pieces have four segments) and tennis, Alexey Pajitnov's, the original creator, favorite sport. Tetris gained popularity at crazy rates, receiving a lot of fans and top lines in game rating magazines. More than 150 million copies had been sold by 2010. Its history is rich in about 50 official releases and even some unofficial ones by now.

Nowadays, different variants of this game are available for almost any video game console, computer, and mobile operating systems. Many of them are colorful and bright, like the Windows, PlayStation, and Mobile versions, others, like the hand-help editions, have monochrome or structure-filled tiles.

The game's goal may be either to get the best score, or to free the field of the placed bricks, or fulfill a certain condition. The more points you have or the closer to the bottom you are, the faster the tetrominoes fall. There are only seven variants of tiles in the game and each of them has a name: I-, J-, L-, O-, Z-, T-, and S-shape.

Over time new features appeared within the game adding new impressions and strategies, like freezing a tile for a second when you deal with speeds unplayable otherwise, soft and hard dropping, new variants of tetromino rotation, piece preview, etc. Among the freshest in-game innovations multiple tile preview, piece reservation, “ghost block” can be mentioned. According to the research carried out by Dr. Richard Haier, Tetris activity may lead to more efficient brain activity while playing the game and in real life. Enjoying it for half-an-hour a day for a couple of months will benefit you better critical thinking, reasoning and some other cognitive functions improvements, also increasing cerebral cortex thickness.

At the same time, the game may cause the brain to involuntary capture tile combinations even when Tetris is not played. Actually, this is true for all games with repetitive scenarios.

Being popular on different consoles and machines for many years, the game doesn't cease to surprise us with something new. Creative minds continue to develop various gadgets to enjoy: playable T-shirt, skyscraper, and lab equipment variants of the game. The skyscraper event took place in April this year, when passers-by could test their tetris skills. This was followed by an oscilloscope programed to hold Tetris Easter Egg, making laboratory life more interesting. The beginning of July saw the birth of a playable T-shirt, which was created to celebrate the 30 anniversary of Tetris.

Summing up, it is great that, even though Tetris entered its fourth decade, developers continue to amaze us with new editions and in-game tricks, ensuring we'll never get bored with this entertainment.

Which is your favorite Tetris variant?
View results

The company said the same time to the ending.

Too bad the Russians don't have a copyright law. Alexey Pajitnov would be a billionaire by now, Putin would be hitting him up for money as well.