Can your smartphone be of any help if you're in the middle of a natural disaster? Can any app be of real use if some Sandy-like hurricane 30 times as... 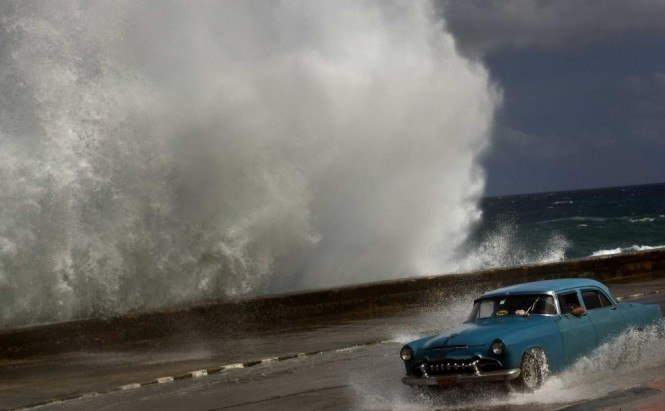 Can your smartphone be of any help if you're in the middle of a natural disaster? Can any app be of real use if some Sandy-like hurricane 30 times as big as Rhode Island is underway to ravage your city? Does it really make sense to grab your iPhone if the earth is literally quaking under your feet? Yes, it does. We have selected the best apps to help you out even in the most dire situations, be it an earthquake, super-hurricane, a huge tsunami, or all of this at once.

Even if you think that any other app from our list is total hogwash, you still can make good use of this one. Installing the official app of the Federal Emergency Management Agency is always a great idea if you're looking for a reliable and efficient source of information about natural disasters about to strike your region. Unlike most government apps, the FEMA app doesn't have an interface akin to a nuclear plant control panel and can even be used by humans without any critical brain damage. This app includes the FEMA info service, providing you with the latest updates through SMS and social networks, tips about the nearest shelters you could take in case of a natural disaster, checklists for your natural disaster kits, and tons of other useful information.

People tend to overuse their cellphones in two cases: on Christmas and during natural disasters. A volcano erupts somewhere in Bolivia and your Grandma calls you in Wisconsin to ask whether you're okay; there's an earthquake happening somewhere in Japan and all of your friends start calling you on your vacation in Thailand because 'it's in Asia and they thought something could happen to you'. Even more so, reaching someone on a mobile would be the last thing you would expect to happen when some natural disaster like the Sandy hurricane does really happen in your region. That's where Life360 can save the day and your nerves you would otherwise lose worrying about your dearest. It allows you to establish your family private network for exchanging your location data, thus letting your family know you're safe. Of course, the app is especially popular with parents who want to know where their kid is hanging around even when the storm of the century isn't devastating the city. Sharing their location data can also help youngsters avoid these awkward moment when your Mum calls you at a party. Letting your wife know that you're still with your buddies at a bar without calling can also help you avoid a private-life disaster.

The app comes for free for the first three uses and will then cost you $4.99/month.

Time is money. And when a natural disaster strikes, time becomes even more valuable: any second may bring along something completely unexpected. That's why being in the know about what is happening right now seems like a right thing in a natural disaster. Emergency Radio should come in helpful for those who prefer having a direct access to the raw information from the affected areas rather than waiting for official announcements. It brings you more than 2,000 radio stations, including police, firefighters, and air control. Of course, it may take a while to cope with making sense out of what people say on the police radio and it can hardly be of really much use if there are no earthquakes around (nudge-nudge), but paying $3.99 for the radio station list that huge looks like a deal. Plerts (portmanteau of 'personal alerts') is a nightmare for any more or less privacy-conscious person. After installing it on your smartphone, it will start making image and audio captures every 8-10 seconds and send them to the Plerts servers spiced up with GPS data about your current location. The purpose, however, is not to spy on you but rather to help you out in an emergency. Should you get into a difficult situation, you can hit the SOS button, and the entire data about your recent location will be sent to your emergency contact list accompanied with your recorded message.

Plerts has already stood a tough test in 2011, as many journalists used it to share their locations after the earthquake and tsunami in Japan. Fortunately, none of them was in a really precarious situation; yet, Plerts was proven as a great means to give people notice about your whereabouts if you think that things can get bad. The only big problem about Buddy Guard is that you never know whether its servers are really 100% protected. I shudder to imagine how much their potential attackers would know about me if they managed to access my data. On the other hand, so far we've had no reports about the Plerts servers being hacked. So, it's up to you to decide which safety is more important for you: that of your personal data or that of your perishable body.

Referenced Android applications
What is your experience with natural disasters?