With $99 you can turn your smartphone into a 3D printer 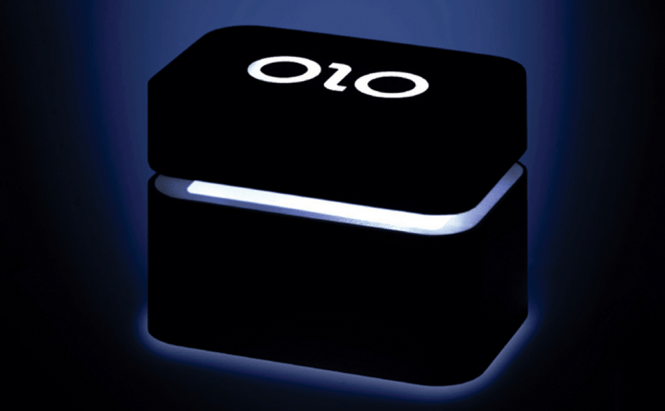 With $99 you can turn your smartphone into a 3D printer

This is the era of 3D printing, but even though the technology is out there, not a lot of people and businesses can afford it. The good news is that that's soon going to change as an Italian company called Solido3D is preparing to launch a revolutionary product called OLO which can turn any smartphone (Windows Phone, Android or iOS) into a 3D printer. What's even better is that the device will retail for just $99 USD, so it's much more affordable than anything that we've seen before.

First presented last week at the Maker Faire New York, OLO is a small box that can use your phone to print 3D parts. You start by downloading the app and setting up the object that you want to create. Once that's done, you place your phone at the bottom of the reservoir under the polarized glass (facing upwards), then pour a special polymer resin in a container and put the mechanized lid on top of the box. As soon as the lid is placed, the device will start printing and in a short while you will have your new 3D-printed object. The technical documentation hasn't been published yet, but from what I gathered the app makes your phone's screen light up a specific pattern that is captured by the polarized glass and redirected in such a way that all the protons travel upwards. When the light hits the resign it makes the compound harden and create 3D shapes. The lid contains a building plate which slowly moves vertically throughout the process, hardening the resin one layer at a time. Unfortunately, the product isn't yet available to the general public, but the company that creates it plans to launch a Kickstarter campaign later this month, so we will get to see it pretty soon. In the meantime, you can visit OLO's website and see for yourself the "magic tricks" that this little box can perform.

Previous story How to know and what to do if your router has been infected Next story Meet Weebly Carbon, the website building app for your phone