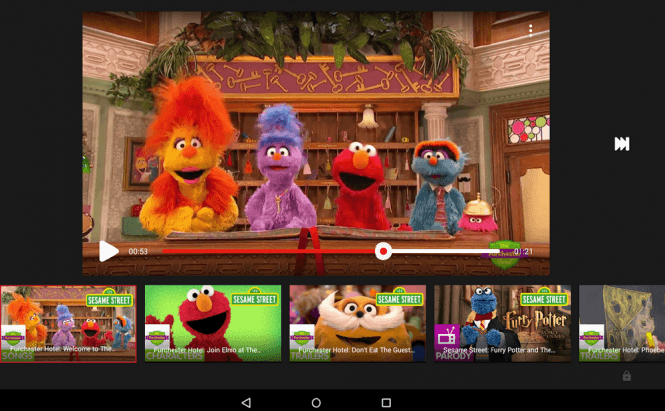 There's an old saying which states that no good deed goes unpunished. Don't get me wrong, I'm not under the impression that Google came up with the idea for the YouTube Kids app out of the kindness of their hearts, but still - it was a nice initiative. However, the application finds itself once again in the cross-hairs of child advocacy groups which state that YouTube Kids is "rife" with content that is not only inappropriate for small kids, but also potentially dangerous.

In an official letter issued to the FTC, The Campaign for Commercial Free Childhood (CCFC) and the Center for Digital Democracy (CDD) demonstrated that Google's app has sex and drugs related content. Furthermore, the letter describes YouTube Kids' advertising practices as deceptive, trying to "take advantage of children's developmental vulnerabilities and violate long-standing media and advertising safeguards that protect children viewing television."

Even though it was just recently launched (in February 2015), this is already the second time that the YouTube kids app receives a lot of negative attention from child protection organizations and parents alike. To be totally honest, I understand that maintaining a service which consists of user uploaded content is very difficult and it's almost impossible not to make any errors, so I can understand how questionable videos could end up in the application. However, when it comes to advertising, I can not believe that Google doesn't know exactly what it is doing, so it's only natural that they should be held accountable, especially since we are talking about a service dedicate to "serving" kids under 5 years old.

The Federal Trade Commission has yet to make any official statements on the matter.