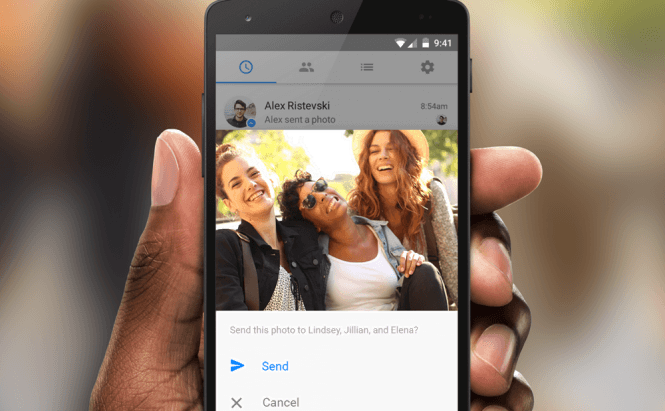 Are you the kind of person who takes lots of pictures of his / her friends, then promises to send the photos to them, but always forgets? If the answer is yes, then you will surely like the latest feature being added by Facebook. Photo Magic, as this newest addition is called, searches through the photos you have on your phone's camera app for pictures of your friends, then prompts you to send them through the Messenger app. At the moment, the feature is only rolling out on Android devices from Australia, but the iOS version is set to arrive very soon. In case you're wondering how all this works, here is the simple version: each time you take a picture with your Android phone, Photo Magic will automatically scan it using its facial recognition technology and cross-reference the results with your list of friends from Facebook. (According to the company, on iOS devices, the scans will happen less frequently, but I'm not sure exactly what that means.) If it finds any matches, the feature will notify you about them, prompting you to send the respective photos to the friends found in the image. A big advantage is that you can share the images directly from the notification screen, without having to launch the Facebook or Messenger app.

On the downside, Photo Magic will give Facebook a reason to constantly scan the images from your phone, and that seems like a privacy violation from my point of view. If you keep in mind that Facebook has the technology to identify people in photos, even if their faces are covered you might also be slightly worried about this new feature.