Finally, a feasible video format for VR has arrived 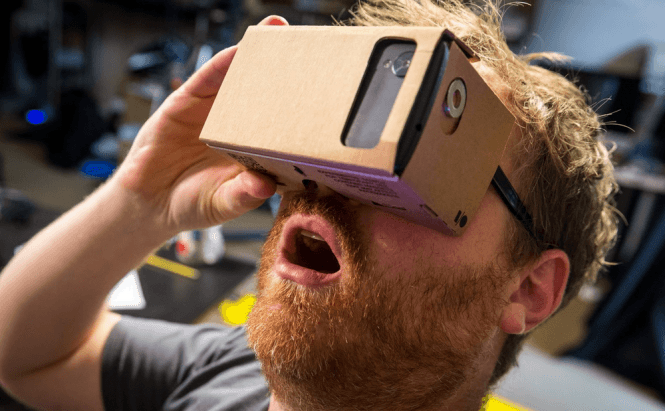 Finally, a feasible video format for VR has arrived

A company called YouVisit may have just revolutionized the virtual reality environment with a new type of video format. Called Adaptive Focus VR, this new video-viewing technology can make the content that you watch consume about 80% less data than the formats that are currently available. Depending on how fast the popularity of this new format will grow, we might soon be able to enjoy VR videos in their native resolution even when we're using our smartphones.

I'm not sure if you know this or not, but when you watch videos on a virtual reality headset that's connect to a mobile device, you rarely get to see them in their native resolution. Why? Because this would fill up your storage space in a very short time and smartphones aren't really capable of dealing with this kind of resource requirements. The special thing about Adaptive Focus is that unlike all the other formats, it takes the user into account. Imagine, if you want, a cylindrical screen (with the images on the interior side), a video playing, and you in the middle of it. Since you don't have eyes in the back of your head, you can't see the entirety of the screen at once, and that's exactly what Adaptive Focus takes advantage of. This technology will use an enhanced resolution for the direction in which the viewer is looking, while decreasing the resolution for the parts that currently out of the field of view, thus decreasing the overall resources required to render the media file.

Furthermore, this new format becomes even more important when you think about live streaming. If you take a look at the virtual reality cameras that have been released so far, most of them drop around 30 gigabyte per second when recording videos, which is a huge amount of data. However, with Adaptive Focus, we could see the stream in a decent resolution without having to worry that we'll run out of storage space after the first few seconds and without hours worth of buffering.

Unfortunately, the technology isn't perfect yet and whenever you look into a different direction, there will be a delay of about 2-3 seconds until the format changes the resolutions. The developers are working on fixing this and state that they've managed to bring the delay time down to between 0.5 and 1.2 seconds, but it's still noticeable. At the moment, Adaptive Focus VR is only used for YouVisit's content, but if its issues get fixed, it could quickly become a standard format for virtual reality videos.

If virtual reality is a topic that interests you, you might also like to read some of our previous stories such as: "Microsoft's Hololens now gets 'Holoportation' " or "MyDream Swift lets you turn regular games into VR content".