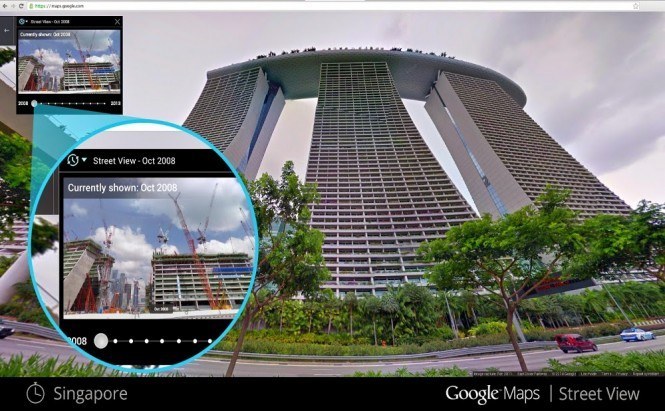 Google always puts much effort to keep its products up to date. For many years Google vehicles were traveling around the world, taking panoramic pictures that were used to make Google Street View experience truly unforgettable. Over the past few years, the amount of photos has become really immense and Google came up with another bright idea.

Yesterday Google added a fabulous new feature to the desktop version of Google Maps. The feature allows you to travel back in time and see the streets as they were in the past. As follows from the official Google blog, you may walk around your neighborhood in different years, watch the great landmarks being erected right in front of your eyes, or even see your favorite places in different seasons. All you have to do is to click on the clock icon in the upper-left corner of the Street View image and set the time you want to travel to with the slider. The feature may also be used to see the disaster aftermaths and watch the cities like Onagawa recover from them. Though now the time interval is restricted to 7 years (2007-2014), the time travel function will surely go a long way in the future.