Google's Internet is Flying Towards Sydney 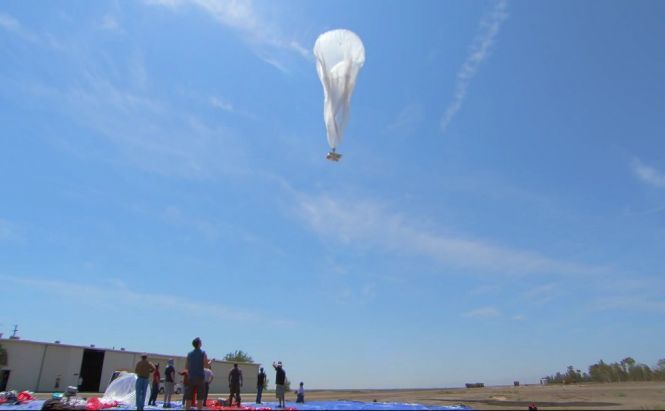 Google's Internet is Flying Towards Sydney

Google's Project Loon initiative is rapidly gaining momentum, and this year the company wants to extend the list of countries that will test its flying Internet. On Friday, Sydney Airport radar systems have spotted three objects flying at an altitude of 65,000 feet. The objects have been sending their position data and turned out to be Google's high-altitude balloons, heading to Australia to create an extensive and accessible Internet coverage for the test area.

The balloons have been sailing in the Earth's stratosphere, high above the mountains, rain clouds and commercial airplanes, and made its way to Sydney from its launch site on the South Island of New Zealand, which sums up to the path length of 2,000 km in total. Currently, Project Loon aims to establish a network along the 40'th southern parallel, which means that the balloons are probably heading towards Tasmania. Chile and Argentina also lie on the 40'th parallel, so these countries might also spot a couple of «UFOs» in their stratosphere pretty soon.

The project was launched back in 2013 and its long-term aim is as ambitious as usual: to provide all people around the globe with accessible and uninterrupted Internet connection. To achieve the goal, Google is ready to climb even higher with the O3b satellites, and though we haven't heard of the project for quite a while, it's quite unlikely that the megacorp is going to turn it down. So grab your telescopes, and let's go hunting for some balloons!