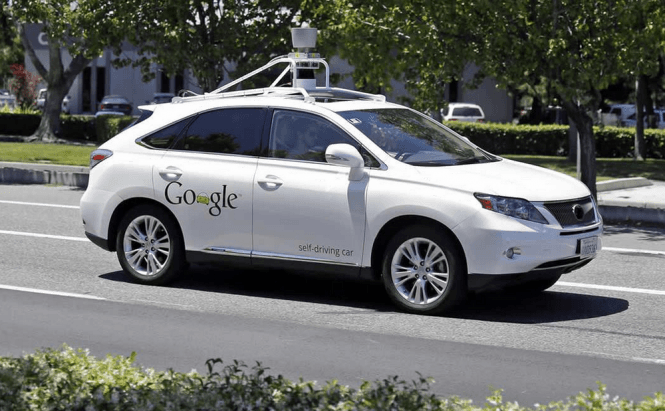 Google has been testing its self-driving cars on populated roads for quite a while now. However, according to a report that the company released last year, the vehicles' AIs have never caused any accidents and every time there was an incident, a human was in control of the car. That record has recently changed as one of Google's vehicles was involved in a minor incident with a bus while the driving system was controlling the car.

In case you're curious how it all happened, here's the short version: it was a bit of a freak situation that's hard to anticipate for: Google's car changed lanes to pass a couple of stopped cars, then some sandbags placed on the road forced it to stop. While the car was trying to change lanes once again its side was hit by a public transport bus. According to the IT giant, both the autonomous system and the person in the car believed that the bus would slow down to let them into the lane, but it seems that their assumptions were wrong. Fortunately, nobody was injured in the incident. Furthermore, this may sound a bit strange, but this accident was actually helpful for those who design the self-driving software: it's pretty hard to plan for someone not wanting to slowdown even a little bit and driving straight into your car if you didn't see it happen before.

If you want the official version of the facts, here's the DMV report of the accident: "A Google Lexus-model autonomous vehicle (“Google AV”) was traveling in autonomous mode eastbound on El Camino Real in Mountain View in the far right-hand land approaching the Castro St. intersection. As the Google AV approached the intersection, it signaled its intent to make a right turn on red onto Castro St. The Google AV then moved to the right-hand side of the lane to pass traffic in the same lane that was stopped at the intersection and proceeding straight. However, the Google AV had to come to a stop and go around sandbags positioned around a storm drain that were blocking its path. When the light turned green, traffic in the lane continued past the Google AV. After a few cars had passed, the Google AV began to proceed back into the center lane to pass the sand bags. A public transit bus was approaching from behind. The Google AV test driver saw the bus approaching in the left side mirror but believed the bus would stop or slow to allow the Google AV to continue. Approximately three seconds later, as the Google AV was reentering the center of the lane it made contact with the side of the bus. The Google AV was operating in autonomous mode and traveling at less than 2 mph, and the bus was travelling at about 15 mph at the time of contact."