If you're too lazy to learn driving then your big day will come in five years. Google's co-founder Sergey Brin has hinted at when we'll be able to... 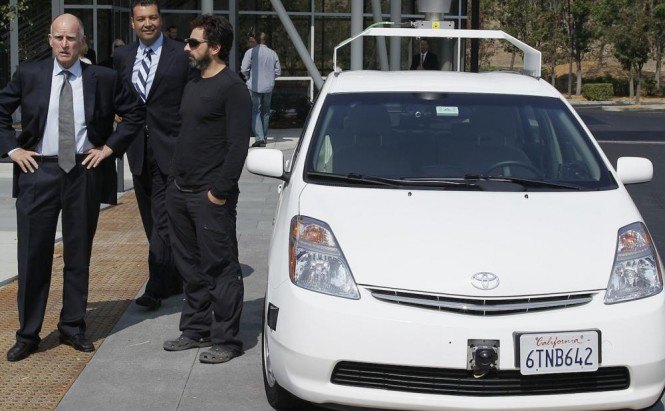 If you're too lazy to learn driving then your big day will come in five years. Google's co-founder Sergey Brin has hinted at when we'll be able to lay our hands on the autonomous cars. The co-founder of the search giant said that we 'can count on one hand the number of years it will take before ordinary people can experience this.' The cirumstances where he made this statement were at least not less important: California has signed the SB 1298 bill regulating the use of the driverless cars in the Golden State.

Now, California will be among the three US states that have legalized the use of the autonomous cars, along with Nevada and Florida. SB 1298 will now allow the Google engineers start beta-testing of the cars on a larger scale than before. As of today, the hi-tech automobiles by Google have put more than 300,000 miles behind them without a single accident.

Brin has also shared his visions of how the traffic will be affected when the driverless cars finally hit the market:

The fact is that on a normally operating highway, cars take up a very small fraction of the space ... Self-driving cars can actually 'chain together' and use the highways more efficiently, potentially eradicating congestion.

In other words, the traffic consisting solely of autonomous cars will stay relatively fast-moving even where the conventional human-driven autos would be stuck in a grandiose jam. On the other hand, it is still unclear whether the Google cars will be optimizing the occupied highway space in a combined automated and human-controlled traffic. Potential risks would be rather high in that case because it's hard to predict how you would react to a driverless car nuzzling you in the middle of a jam.

Another potential area where the upcoming car could be applied is serving people who can't or are not allowed to drive now. This definition isn't restricted to people with disabilities. Theoretically, in five years you'll be allowed to fire a slug at your friend's birthday even if you come by your car:

While the picture of a city where the majority of cars in traffic will be self-driving is still a slightly scary sci-fi idea for the most us, looks like it's getting serious. So don't panic if you see a driverless car in you rearview mirrow somewhere in San-Francisco: it's just the future coming closer.

Don't you think the driverless cars are scary?

In the not-too-distant future, I think the technology will be quite sophisticated and reliable. The idea behind impresses me but nowadays such sort of cars is really scary.

(While driving -- message pops up on the console)
CHROME HAS DETERMINED THAT YOUR SOFTWARE IS OUT-OF-DATE
(Downloading... .... ...)
Your drivers have been updated.
Rebooting operating system...
(Meanwhile car veers off the road, smashes into 6 other GOOGLE CHROME Self-Driving Cars all self-updating/rebooting at that moment finally rolls over and catches fire and burns the entire family inside the vehicle alive)
Elsewhere across the USA, Driverless trucks are crashing and bringing the entire US Interstate system to a halt as nationwide traffic crashes halt all material goods commerce transportation to a halt.
Over a half-million people are dead or dying and trucking companies have lost their semi trucks plus the inventory carried in those trucks.

I do have a problem with self-driving cars, what would happen if someone sends a virus or someone tries to hack into the car's motherboard?

That is a very nice point, actually. The driverless cars will be driven with software, which means that this software can be hacked. And I don't think that the control system of the car will be screened from the Internet: The use of Google Maps just suggests itself. In that respect, Google has to prove all of us it can really protect these cars from cyberattacks.