FCC indefinitely suspended LightSquared's license to build a 4G LTE network in the United States. The decision was based on the warning issued by the... 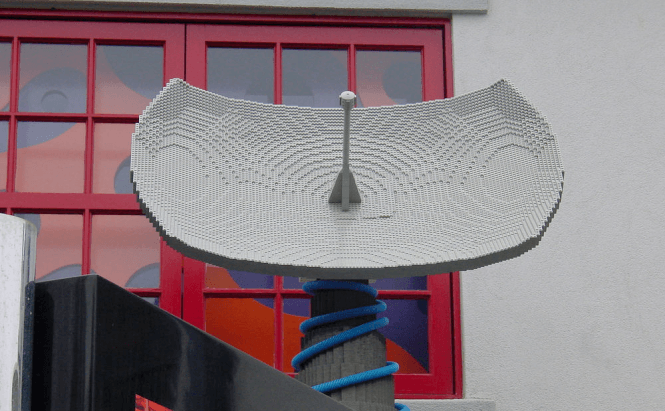 FCC indefinitely suspended LightSquared's license to build a 4G LTE network in the United States. The decision was based on the warning issued by the National Telecommunications and Information Administration (NTIA) that the proposed technology significantly interferes with ability of some devices to receive GPS signal, and this issue cannot be easily resolved.

LightSquared responded that they do not agree with FCC's decision and will continue their work towards finding a solution to this problem. One such proposed measure was to stop using frequencies close to GPS spectrum.

LightSquared opposition, namely all major GPS manufacturers, complain that LightSquared's signal is so powerful that it will cause widespread jamming of GPS signal, especially in low-powered devices. FAA might join the opposition as it has plans to upgrade all of the US airports' locators with GPS navigation, giving airports a chance to receive and send off more planes a day due to a more precise positioning of the planes.

Less than a month ago Sprint Nextel Corp. granted an extension for LightSquared to get FCC's approval to continue the development of its nationwide 4G network. This relationship is expected to be ceased due to the recent FCC ruling. Without one of its biggest supporters, LightSquared's plans for nationwide 4G wireless network may be doomed.

Update Feb 22, 2012: LightSquared is planning to downsize 139 of its employees due to troubles it faces with its technology and inability to get an approval from FCC. Also, there are rumors that it is already have defaulted on one of its payment. Do you think its days are numbered?

Do you know what 4G LTE stands for?

It figures, cheaply made (mostly Chinese) GPS receivers aren't selective enough to ignore signals they weren't meant to pick up. So the FCC bans equipment which does adhere to its assigned frequencies.

Kinda the same thing as would be banning my wife's 4,900lb 1981 El Camino because it'd flatten a 1,600lb Smart FourTwo in a collision.

Ha ha ha this is an awesome analogy

I wish I was good at them.

I've heard that this fourth generation Long Term Evolution has been designed to surpass all the most advanced wireless network technologies that we could deal with. But the details are also hidden in the mist of centuries for me)

No can someone please explain this?

It stands for Long Term Evolution. The 4G part is somewhat of a misnomer as neither LTE nor WiMax come close to the official 4G standard of at least 100 Mbit/Second for mobile and 1 Gbit/Sec for fixed. However the standards panel has allowed Sprint, AT&T, Verizon, etc. to pitch their systems as 4G as they are "forerunners" to the real 4G standard and a significant improvement over 3G.

Most techies refer to WiMax and LTE as 3.5G.