Nokia proves that, despite the company's revenue and market share being on the decline for quite a while now, the Finnish giant is still far from... 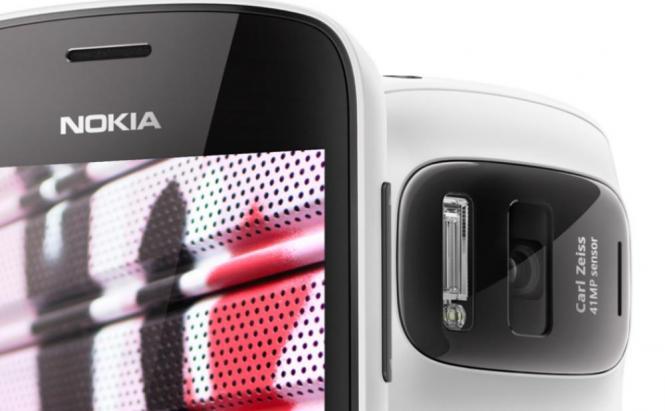 Nokia proves that, despite the company's revenue and market share being on the decline for quite a while now, the Finnish giant is still far from losing the grip on its firm position in the industry as it presents Nokia 808 PureView. The major (and perhaps the only) selling point of this device is the incredible 41 Megapixel Carl Zeiss camera, complemented with a mighty Xenon flash and LED video light.

Yes, you've read it right: 41MP. Surely, it's nowhere near the monstrous 1 Gigapixel recently developed super-camera, but still, 41MP is 5 times better than what you will find in iPhone 4S.

The incredible picture resolution is accounted for the Gargantuan 1/1.2'' sensor (compare it to the 1/3'' sensors in most compact cameras) jutting out from the back panel of the new Nokia smartphone. But the highest-resolution mobile camera ever does not immediately imply that the photos taken with it will be just great: 41MP means merely that a picture contains 41 million pixels. This high number doesn't necessary imply that the photos will be also sharp and without any visual noises. In fact, many of the high-resolution cameras make pictures that are only slightly better than those taken by cameras with a much lower resolution.

The full-size pictures, taken with Nokia 808, are a perfect example for this: the abundance of visual noises and lacking sharpness both present. But that's where the Finns conjure a trick. 808 takes a 41MP picture, then that photo is post-processed by the phone's proprietary software, compressing the photo down to about 8MP. However, that 8MP feature the same level of detail as the original 41MP photo. In other words, the post-processed photos are like a regular-sized bag of potato chips containing five times as many chips as usual.

Certainly, PureView's camera is going to evoke in many a strong urge to buy Nokia's 808 immediately. For one thing, Nokia's new smartphone would be a rather run-of-the-mill device for 2012 but only for its übercamera. 512 MB RAM, 16 GB of storage and 1.3 GHz CPU won't leave anybody with the mouth wide agape. However, the 41 MB camera will. Such a killer selling point is definitely what Nokia has been lacking for quite some time now, losing more and more of its market share to Apple. The sales figures for 808 will show whether the Finns have figured out if this is what the users need.

Do you think the 41-megabyte resolution is okay on a smartphone?

Previous story How to: Maximize Your Privacy Protection on Google Next story Historypin Is Difficult to Believe in but Real

Too much, I suppose. It's somewhat of being abundant and showing off. I don't think that an image of a tiny bug on the leaf far-far away is what I really need on my smartphone.

The article contains no significant details about optics and sensor characteristics, so why these 41M (38M effective) pixels do matter?

I've looked through the sample photos. Even at 30% zoom level (i.e. photo size less than 4M pixels) at sunny weather - I can see the noise!

Va piano, buddy. What d'you mean by 30% zoom level aka photo size less than 4MP? If you mean that the picture was *compressed* down to 4MP, than it's the one thing and Nokia really screwed up much of the visual side of the photos you can take with the OureView camera; if you literally mean that you zoomed in the photo, then man, just read the fourth paragraph once again.

I mean bicubic resize from 38M to 3.4M pixels. Without image compression.

I catched the idea of 4th paragraph. Despite the bag containing 10x times potato chips (not even 5x that Nokia believes enough for good quality) & despite the shot was taken outdoors, it contains some noise!

Ergo they screwed it up. Anything else?

I can only wish Nokia good luck on their original way