Pope Francis Spoke Out Against the Internet 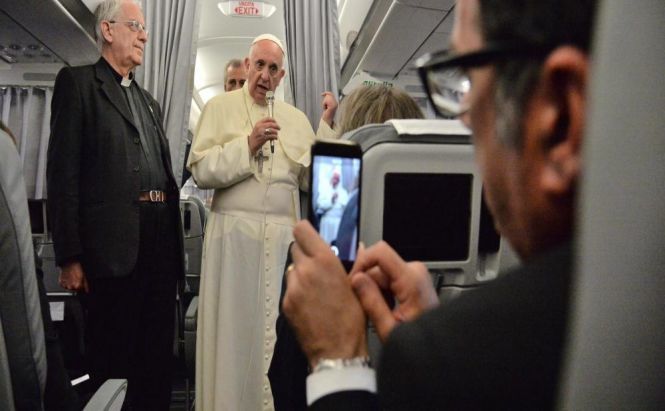 Pope Francis Spoke Out Against the Internet

At this weekend, on the return way to Rome Pope Francis voiced his negative opinion on modern Internet technologies and responded to challenging questions how much time people can spend surfing the net or watching TV.

According to Vatican Radio, the Catholic Church's Pope stated: "There are two different elements here: method and content. Regarding the method or way of doing things, there is one that is bad for the soul and that is being too attached to the computer".

Actually, the question is not just that we waste too much time on the Web. The point is that we tend to consume content of inferior quality. Pope Francis remarked: "There is a lot of filth that ranges from pornography to semi-pornographic content, to programs that are empty, devoid of values". Earlier, the church leader admitted that he himself hadn't watched TV for about 25 years and doesn't use the Internet.

Certainly, he is totally right that we should live our life without sticking to digital devices. But if you want to change the world, start with yourself. In this case, it means to start sorting out the unholy mess caused by honorable Catholic priests. Otherwise, it appears to be a question of hypocrisy to talk about filth on the Net and close eyes to what happens in your neighborhood.