Self-driving trucks will be building the roads in Florida 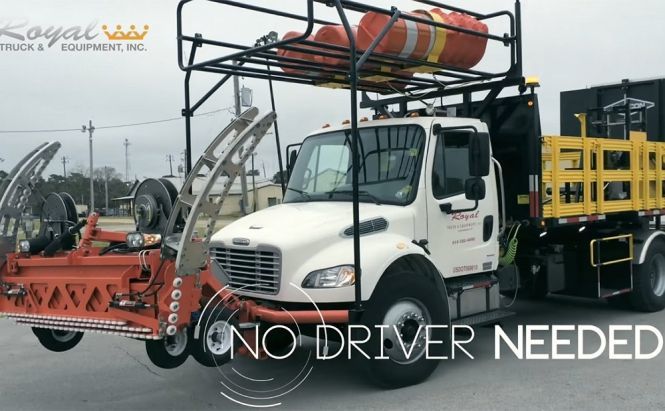 Self-driving trucks will be building the roads in Florida

It's quite unlikely that driverless cars will swarm the roads in the nearest future, but the tech trend is being actively adopted by companies that deal with jobs that are often associated with risks for the drivers' lifes. Although the self-driving truck we are going to tell you about is not the first one to hit the US roads, unlike the Daimler's Inspiration Truck, it does not require a person behind the wheel at all.

Developed as part of a pilot program initiated by Department of Transportation, the autonomous truck will be used for highway construction in Florida. Royal Truck & Equipment, the company behind the project, says that the truck was meant to work without a driver inside to minimize the damage and human injuries received in the accidents that quite often happen at construction sites. The truck is also equipped with an attenuator (or crash barrier) that minimizes the damage in case of a rear collision, when a motorist fails to notice the truck. The truck can travel using the GPS waypoint navigation, remote control or lead-and-follow technology that allows the truck to mimic the movements of a vehicle that drives ahead.

As NBC reports, the first trucks will start navigating the roads of Florida later this year. To learn more about the Autonomous TMA truck, visit the official website.